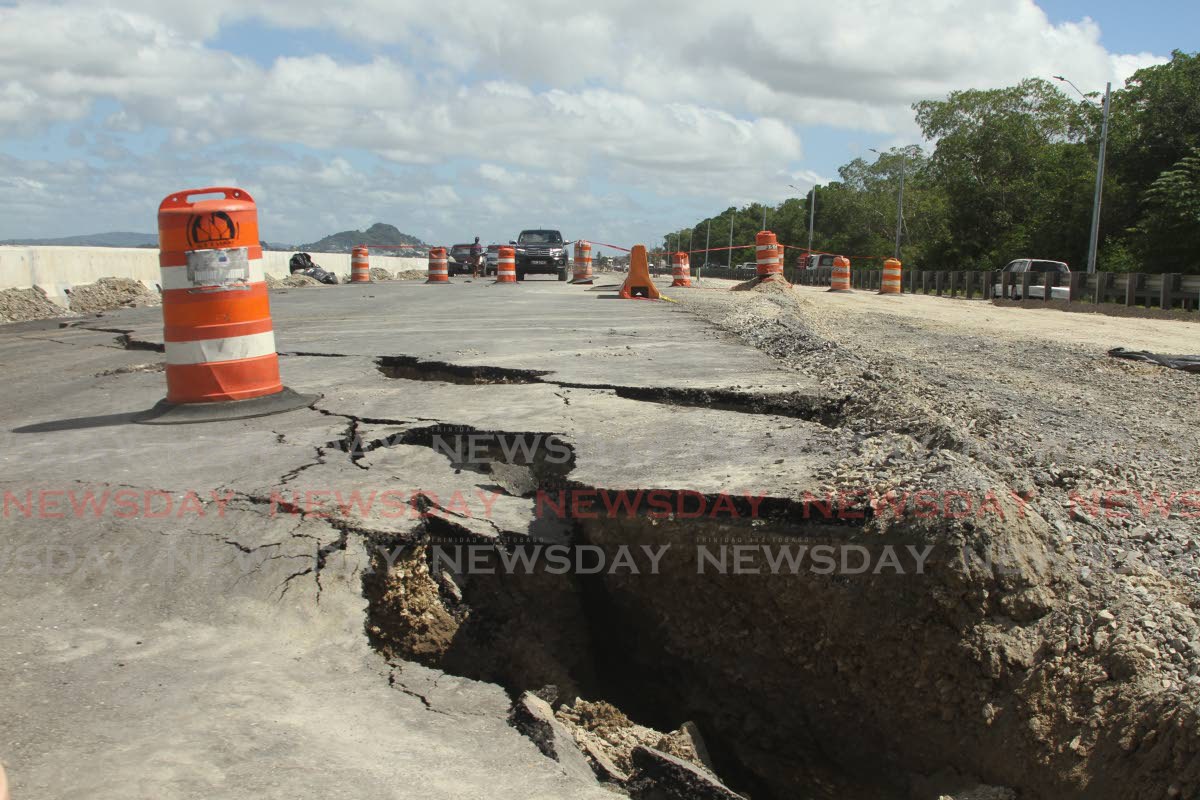 ACTIVIST Edward Moodie wants information about the recent collapse of roadworks at Mosquito Creek and his lawyer has written to the project manager National Infrastructure Development Company Ltd (NIDCO) and the Department of Works and Transport asking for details.

Part of the roadwork at the creek, part of the Solomon Hochoy Road extension to Point Fortin, collapsed last month.

In a statement immediately after the collapse, NIDCO said the exact cause was under investigation, but “continued construction loads and the traversing of heavy construction equipment, coupled with unfinished construction work, may have caused the instability”.

On Monday, Moodie, through his attorney Richard Jagessar, filed separate freedom of information requests seeking information about the project’s contractors and the scope of work, among other things.

He requested a list of all candidates, contractors considered and qualified for the contract to extend/upgrade the main southern road between Paria Suites and St Mary’s junction prior to contract award.

He also wants to know the name of the company selected to carry out the road work on this portion of the highway project; a copy of the company’s certificate of incorporation and notice of directors; morality certificates for company directors; a copy of the contract or any document describing the scope of the work and the total funds expended to date and approved for the work on that part of the roadway.