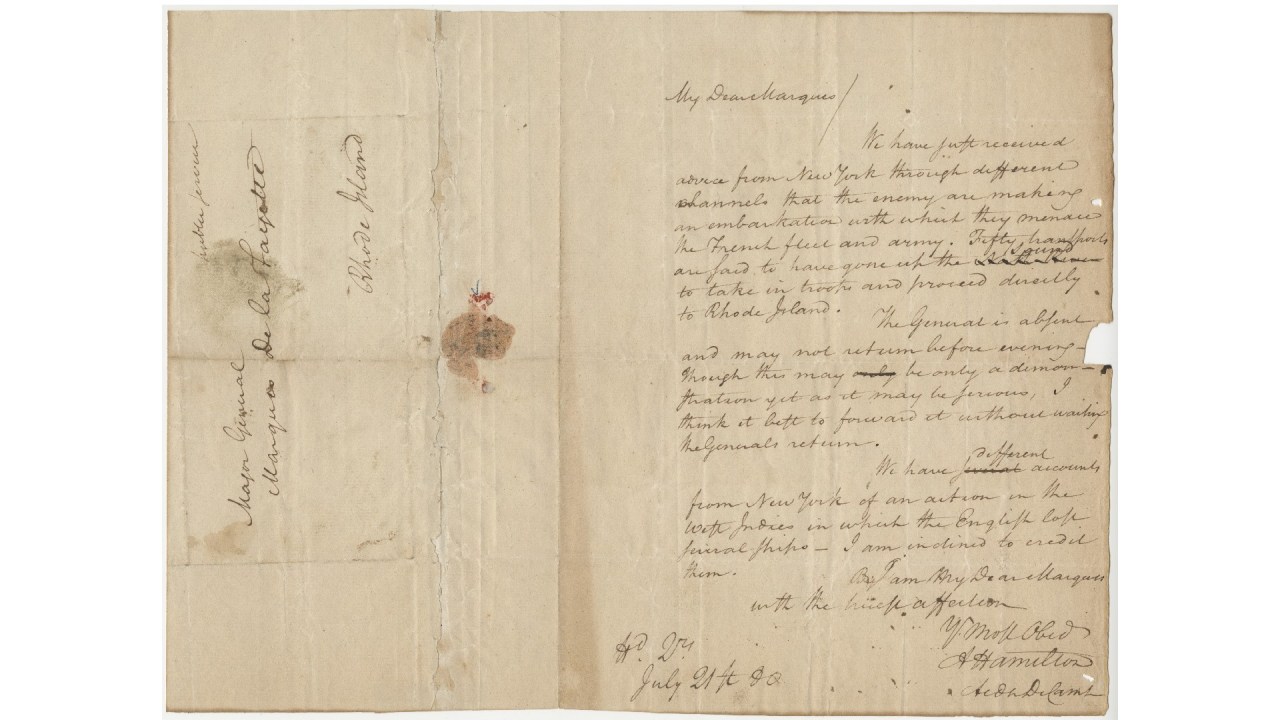 (WWLP) – A court ruled that a letter written by Founding Father Alexander Hamilton during the War of Independence belonged to the Commonwealth of Massachusetts.

The letter, which was reportedly stolen decades ago from Massachusetts state records, was released following a federal appeals court ruling, senior state officials said on Tuesday. .

“I am very happy that this Revolutionary War Letter has finally been returned to its rightful owners,” said Commonwealth Secretary William Galvin, who heads the Massachusetts Archives and the Commonwealth Museum. “After what has been a long legal battle, I am pleased that the First Tour has affirmed that this historic treasure belongs to the people of the Commonwealth, who will now have the opportunity to come and see it and learn about our nation’s history.”

According to a press release sent to WWLP from William Galvin’s office, the letter was allegedly stolen by a former archive employee between 1937 and 1945. The former employee was subsequently arrested in connection with the theft of various items, which he said. he is believed to have sold rare documents to various dealers across the country.

In 2018, Hamilton’s letter resurfaced when the family of a man who claimed to have bought it in 1945 attempted to sell it after the man’s death. A Virginia auction house contracted by the family contacted the FBI after realizing the letter had been stolen.

The U.S. Attorney’s Office has filed a lawsuit against the estate of the last man in possession of the letter, seeking to have the stolen property returned to Massachusetts. The family who attempted to sell the letter claimed that the letter was legally purchased and that they were the rightful owners.

“When he wrote a letter to the Marquis de Lafayette on July 21, 1780, warning of imminent danger to French troops in Rhode Island, Hamilton could hardly have imagined that he would one day become the focal point of an action. of civil confiscation. But the truth is often beyond imagination, ”Judge Bruce M. Selya wrote for the United States Court of Appeals for the First Circuit last week.

Galvin thanked the FBI for retrieving the document, as well as the Office of the United States Attorney and Massachusetts Attorney General Maura Healey, who worked to get the letter returned to the archives.

“Thanks to advice from an auction house in Virginia and the hard work of members of the FBI Art Crime Team, we were able to locate and authenticate this letter from Alexander Hamilton more than seven decades after it was stolen. We are honored to return this extraordinary piece of history to the care of the Massachusetts State Archives so that Commonwealth citizens may have the opportunity to closely examine this document and learn more about the history. of our country, ”said Joseph R. Bonavolonta, special agent in charge of the Boston Division of the FBI.

Healey said: “This decision is a resounding victory in our years-long struggle to return this historic letter to the Commonwealth where it is for all to see it. We are grateful to our federal and state partners in this matter, as well as to the First Circuit for asserting Massachusetts as the rightful owner of this precious artifact.