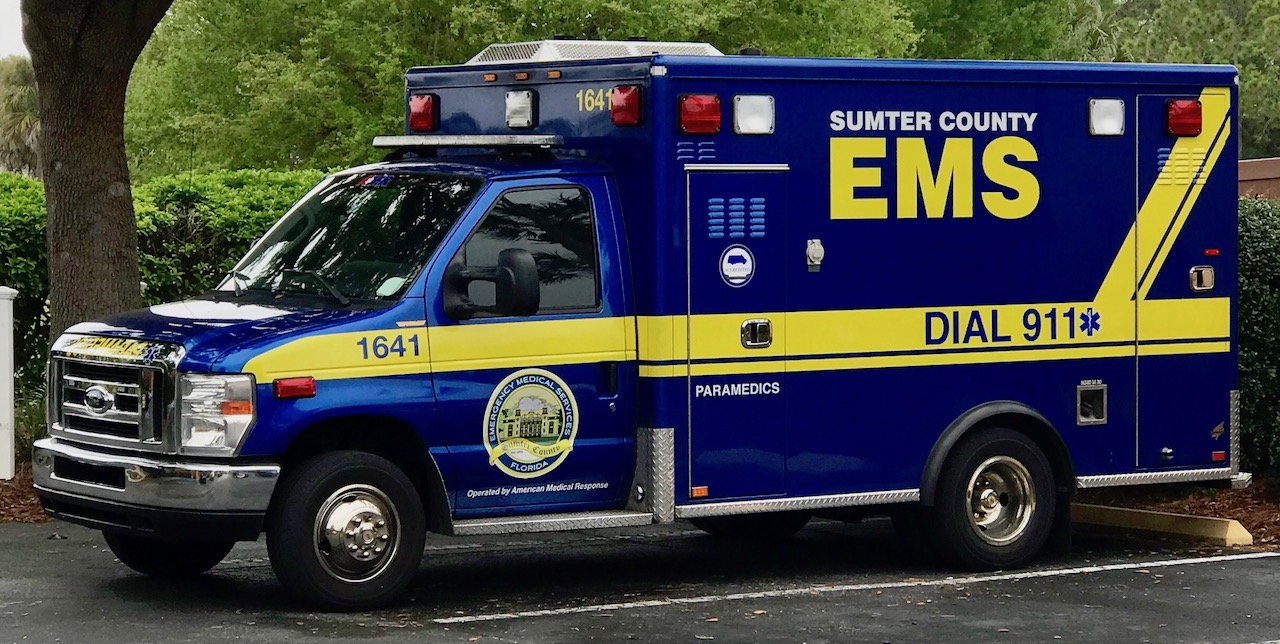 In a few weeks, you will be voting to determine the future of the operation of the two fire departments and the management of medical ambulance transport in Sumter County. Previously, Mr. Arnold had prepared a list of 10 options that could be considered and this board appointed an ad hoc advisory committee to study these options. The option which is overwhelmingly supported by your constituents (those for whom you were elected to represent) is Option 9 – let the fire services continue to operate separately and place the ambulance service within each of the fire services.

There are no other options that would ensure rapid response and transportation of patients to villages and Sumter County. The contractual agreement with the current supplier, AMR, should not be maintained. Public documents obtained show that AMR has not met its compliance requirements since the start of the agreement in 2011. From October 2011 to July 2013, AMR did not reach or even approach the 90% required for the agreement. compliance on time (Source: AMR table titled “Sumter County EMS Compliance” attached), but AMR was allowed to continue operating without penalty. In addition, a sample of reports provided by AMR (Source: “AMR Sumter Compliance Report” for the periods of June 2018, May 2019 and January 2020 attached) shows that, if not for exceptions and exemptions that were approved, AMR still did not meet the 90%. contractual agreement for response time. Upon reviewing AMR’s invoices that were included in the registration request, I found only three (3) incidents where AMR was penalized $ 2,500 or $ 5,000 for on-time response non-compliance. . How then was the agreement with AMR able to continue for 10 years?

The county contract administrator is Deputy County Administrator Stephen Kennedy, who was hired by Sumter County in December 2011. In 2011, at the start of the contract, the head of AMR was Christine Hill, who occupies still that post today, but is now known as Christine. Kennedy or Mrs. Stephen Kennedy and the wife of the county contracts administrator. Ms Kennedy noted her name change in June 2016 on the signature line of her correspondence. Note that exemptions and exceptions to contract compliance are approved or denied by the contract administrator. This should have alerted to a conflict of interest that was not in the best interest of Sumter County or its residents. It was not until December 2017 that a conflict of interest clause was added to the AMR contract which was renewed without soliciting proposals from other ambulance companies and without following the county’s own purchasing policies. . How is it then that the BOCC in December 2017 unanimously approved the extension of the contract thus allowing this obvious conflict of interest to continue? I have to wonder if the commissioners at the time were even aware of the conflict. An executive summary is prepared for the commissioners which notes any changes or highlights of what the commissioners will vote on. The summary dated December 12, 2017 (attached) highlights several changes in the new agreement, including a change to the communication center, pricing structure, a service level agreement and other changes, but does not does not mention the new paragraph L. Waiver of conflicts of interest (attached). If the then commissioners (this would include Commissioners Breeden and Gilpin) read only the summary and not the entire new deal, they might not have known about the conflict. This conflict of interest was certainly not in the best interests of the residents of Sumter County. The summary presented to the Commissioners in December 2017 was prepared by Stephen Kennedy. The conflict of interest paragraph states that the contractor (Mrs. Kennedy) and the county (Mr. Kennedy) would be responsible for determining whether their relationship (and marital status) adversely affects their obligations under the contract and work together to determine if there is a conflict. This situation continued until March 12, 2019 (Source: summary attached) when “due to changes in organizational structure and responsibility… Stephen Kennedy will no longer be contract administrator for the ambulance service”.

The letter you received from the chairman of the ad hoc committee, David Bussone, recommends keeping the two fire departments separate, but that Sumter County provide in-house medical transport services throughout the county (which includes The Villages) . This would put the county administrator back in the position to determine the future of the ambulance service instead of the current two fire chiefs. I believe the past 10 years have shown that the Sumter County Administrator is not the person who should be making this decision, nor is he an expert in the matter. The two fire chiefs at the time in 2010/2011 advised against hiring a contractor to provide ambulance service, but Mr Arnold thought he knew best and went ahead, causing the untenable situation that exists today. The current two fire chiefs are the ones who should make the decision about the future of ambulance service provided to those they serve – the residents of The Villages and the residents of Sumter County.

Finishing, Option 9 is the best and only option you should consider for your constituents.

Susan Ridgeway is a resident of The Villages.

Texas Foster Care Children exposed to sexual abuse, neglect and other dangers in…

Global Satellite Services Market 2021-2026: 5G Is An Important Driver For The…