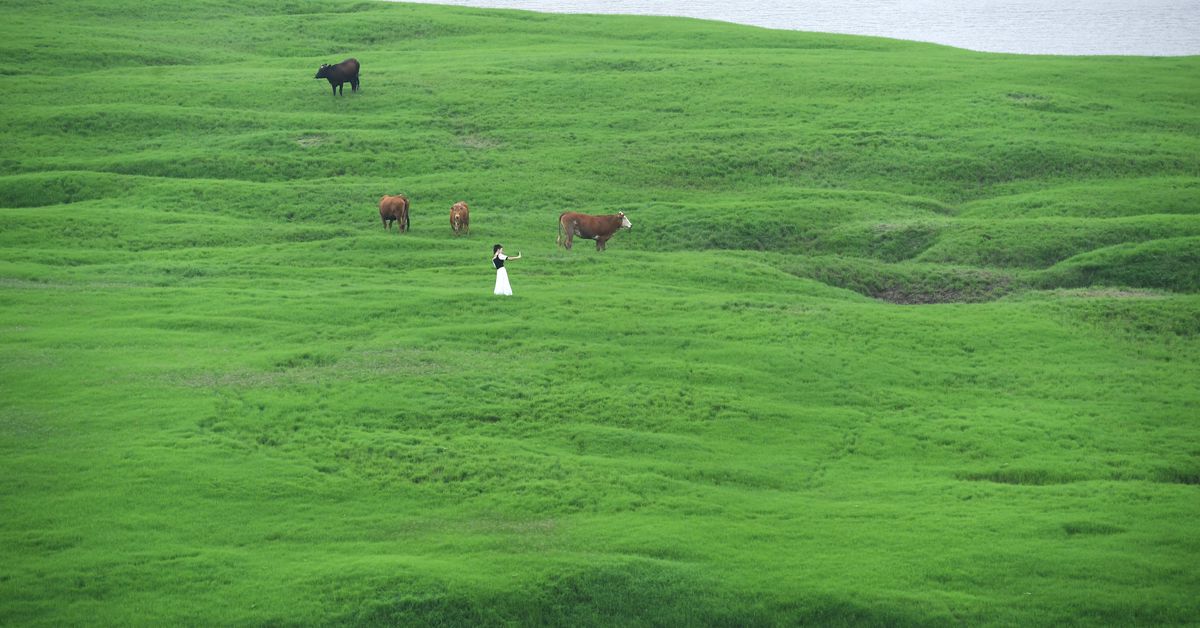 China marks 25% of its territory for environmental protection

A visitor and cattle are seen on the grass-covered river bed of the drought-affected Fuling section of the Yangtze River in Chongqing, China June 4, 2020. Photo taken June 4, 2020. cnsphoto via REUTERS EDITORS ATTENTION – THIS IMAGE HAS BEEN PROVIDED BY A THIRD PARTY. IN CHINA.

BEIJING, July 7 (Reuters) – China has designated 25% of its land area as “ecological conservation” zones, restricting development and human activities in order to improve the environment and conserve resources.

The Department of Ecology and Environment was tasked with identifying areas in need of protection a decade ago, when the government recognized that decades of â€œirrational developmentâ€ had put its ecological security to the test.

Cui Shuhong, director of the ministry’s nature conservation and ecology department, told a press conference on Wednesday that “red lines” had been drawn around areas that performed a major ecological function, and sensitive and vulnerable areas as well as regions important for biodiversity. .

“We will delimit and strictly keep the red lines of ecological protection (…) and limit various violations of the ecological environment that harm the vital interests of the people,” Cui said.

In 2017, the central government made it clear that local government officials were responsible for protecting designated areas, and then ordered a continued crackdown on industrial facilities, farms, pigsties and even residential houses built inside. red lines.