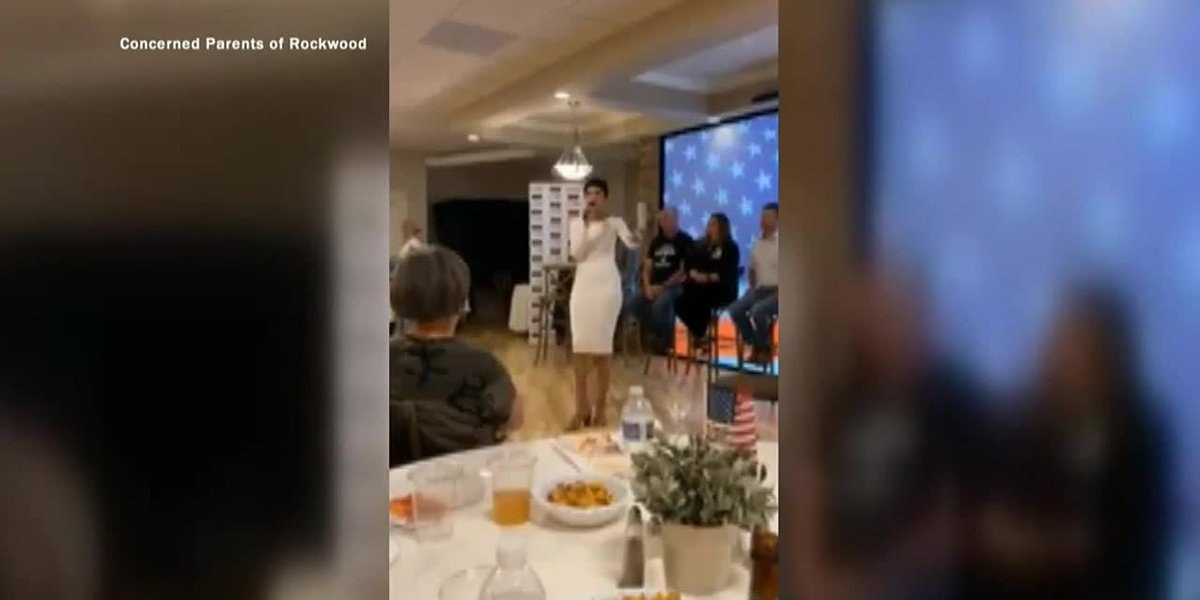 ST. LOUIS COUNTY (KMOV) — Rockwood School District board member Jessica Clark is facing calls to resign over a video that shows her making controversial statements during a speaking engagement earlier this week.

In a five-minute speech, she comments on the school district trying to control students, critical race theory in classrooms, and mocks the mentally handicapped, wheelchair users, and the LGBTQ+ community.

“As a school board member, it’s scary. I mean, they’re fighting hard to take control of our kids,” Clark told the town hall on a conservative radio station.

“I used the word libtard and they said I’m an ableist, they come with kids in wheelchairs and everything,” Clark explained. “I was talking to you, I called you a libtard, and I stand by it.”

Jane Smith said Clark’s words were insulting. The mother of nine has several children who use wheelchairs and have autism. His family is a constant at school board meetings.

“When we talk about that transgender shit, you ain’t gonna do that to my kids,” Clark said.

Those words are hurtful to 7th grader Ezz Donnelly. They said that transgender people are real and that shouldn’t come as a shock.

“I’m already bullied and bullied enough at school as it is. It doesn’t help that adults are this example that everything is okay,” Donnelly said.

Ezz’s mother, Terrika, said her biggest concern was the people in the video clapping and applauding Clark’s “hateful words.”

“It’s really sad,” the mother shared. “We feel like we’ve come so far and yet it feels like we’re at the beginning with the rhetoric being thrown around and it’s actually children’s lives.”

“When I say I’m a Christian, I see a Christian lens,” Clark told his audience in the video. “Everything goes through a filter of Christ.”

“Once when I went to a church, they told me to love your neighbor,” Ezz explained. “This is [Clark’s words are] not like. It’s not cool to harass people.

News 4 has reached out to the Rockwood School District superintendent and board chair for comment. The district sent the following statement:

“The Rockwood School District is committed to providing a safe and healthy learning environment where students from all backgrounds feel included and respected. It is our responsibility as educators and we owe it to the families who entrust us with the education and safety of their children every day.

Intolerance and disrespect have no place in our schools or on our campuses because it goes against our core values ​​and our mission to provide exceptional opportunities for all students. Principal Clark’s opinions are her own and should not be construed as those of the Rockwood School District or as a reflection of any district staff member or other member of the board. She is an elected official, and as employees of the district, we have a responsibility to work with the seven elected officials on the school board. Board members told Principal Clark that her remarks are having a detrimental impact on our students and their families and that her opinions reflect poorly on the district and the more than 4,000 Rockwood employees who are committed to providing a safe and healthy learning environment for all. students.”

“I’m offended for my child and I’m concerned because she votes on issues and decisions that not only impact my child’s daily life, but also the funding that keeps him in school,” explained Leahy-Smith.

News 4 made several attempts to contact Clark for an on-camera interview. She did not answer.

This isn’t the first time Clark has been linked to controversy.

In previous videos online, she can be found calling the National Association of Teachers a terrorist group. In others, she can be found promoting her former coaching business Sugar Baby, where she teaches young women how to woo older, wealthier men.

That’s why members of the school community that News 4 walked with said they want the school district to act immediately.

“Someone who teaches young kids, they’ll learn from you,” Donnelly explained. “You shouldn’t learn from someone who isn’t a good person.”