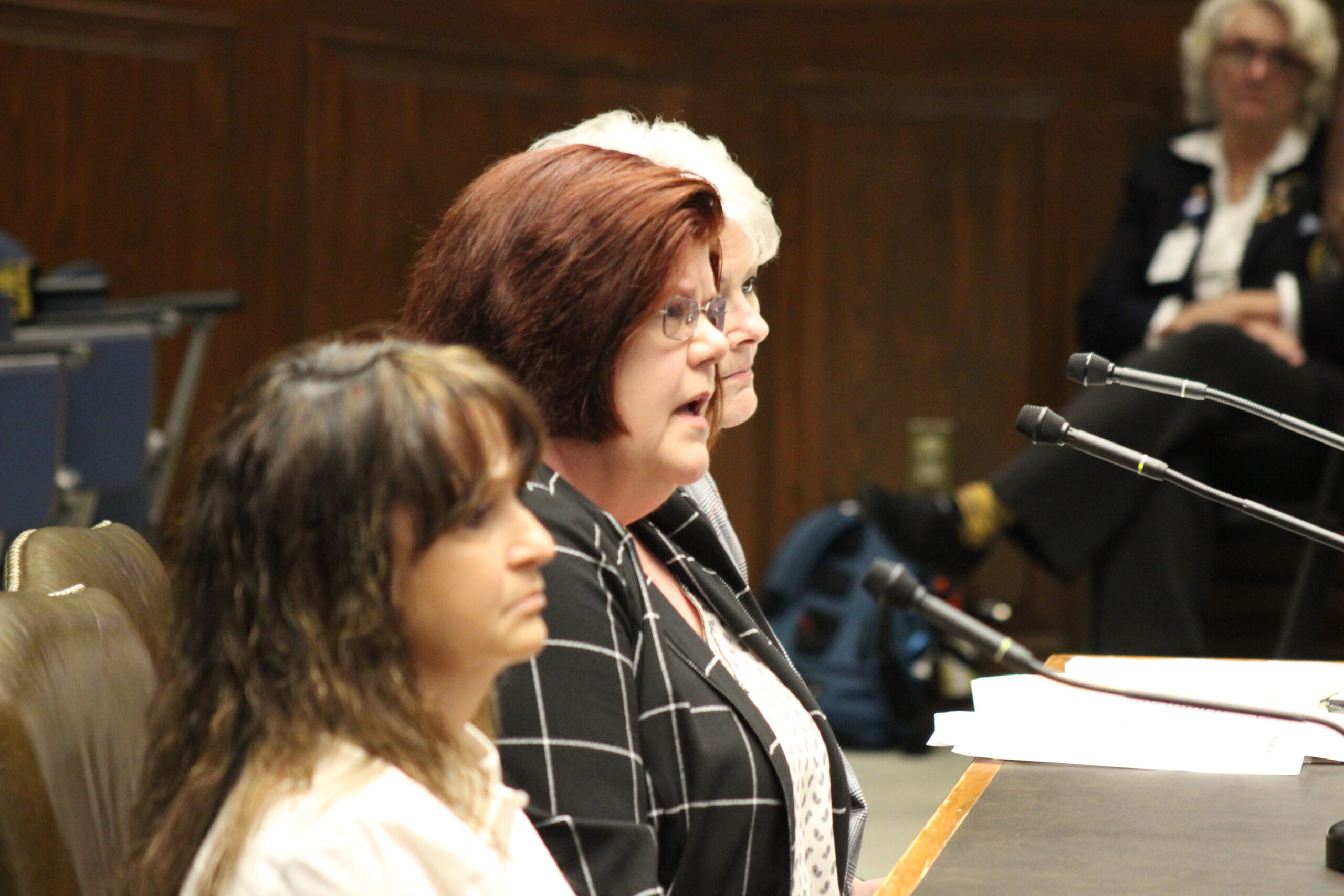 Questioning coroners and a paramedic, Louisiana lawmakers on the special committee investigating the Ronald Greene case learned new details about the 49-year-old’s death while in the custody of police in the state of Louisiana. But critical testimony fell through as coroners deferred questions to others not here and said official documents in the case are missing.

Responding to questions from committee member Rep. Tony Bacala, paramedic Cindy Ott said Greene had no signs of life when the ambulance arrived on the scene to transport him to Glenwood Regional Medical Center in West Monroe, casting doubt on the state police account that Greene was still alive and dead on the way to the hospital.

“He was apneic and I couldn’t find a pulse,” Ott said, using the medical term for not breathing.

Ott confirmed that Greene’s fractured sternum and ruptured aorta are “indicative of CPR”. The FBI came to the same conclusion in its addendum to the original autopsy report which blamed those injuries on Green who crashed his car into a tree at the end of a state police chase. Ott said it’s not unusual for chest compressions to cause these and other injuries, such as a lacerated liver or a punctured lung.

Ott said Greene still had stun gun probes in his body, lacerations on his head, blood covering his face and head, and tree bark in his hairline.

“We removed the Taser probes from the left chest wall, left wrist, as well as left lower back,” Ott said.

the Associated press later revealed state troopers omitted from their incident report how they used stun guns and beat, choked, dragged and held Greene face down for nine minutes before he stopped breathing, which was captured on police body camera video that they refused to release to the public for nearly two years.

Ott said state troopers refused to remove Greene’s handcuffs to allow medics to perform CPR to try to revive Greene and instead handcuffed him to the stretcher. CPR efforts eventually stopped at the hospital, Ott said.

Coroner officials from Union and Ouachita Parishes also testified before the committee on Thursday. Angie Hollis, an investigator with the Ouachita Parish Coroner’s Office, was the first to respond to the hospital. Hollis said she later transferred the case to Union Parish because the incident happened there, but she could not recall whether she had written a report to document the transfer.

Union Parish’s coroner at the time was Abbie Moon, who left office the following year and did not attend Thursday’s hearing. Moon was arrested in March on 21 counts of fraudulently obtaining narcotics, according to a report in the Ruston Daily Chef.

Renee Smith, the current Union Parish coroner, attended Thursday’s hearing and had little information to give lawmakers other than records left in the office when she took office.

Reading the autopsy report, Smith said Greene’s cause of death was cocaine-induced excited delirium complicated by the car accident, head injuries, physical struggle and restraint. Smith, like Moon, is neither a pathologist nor a physician, the only two medical professionals licensed to perform autopsies in Louisiana. Greene’s autopsy was contracted to pathologists in Little Rock, Arkansas: Drs. Frank Peretti and Jennifer Forsyth.

‘Excited delirium’, also known as ‘excited delirium’, is generally defined as being in a very agitated or combative state. It’s a controversial diagnosis the American Medical Association and most other national and international medical organizations have rejected it because it has no clear diagnostic criteria and is a “only justification for overuse of force by the forces of order”.

Smith also claimed to be unaware that the FBI performed an initial autopsy review that ruled out excited delirium and car accident as causes of death. The information has circulated widely in local and national news since November.

Rep. Mandie Landry asked Ouachita Parish Coroner Dr. Teri O’Neal how common it is to attribute a death to excited delirium. O’Neal acknowledged that it was a controversial term that she had used repeatedly in reports, usually when citing the pathologist who performed the autopsy.

O’Neal, who said she hadn’t watched any of the body camera footage of soldiers beating Greene, described symptoms of excited delirium as rapid heart rate, sweating, muscle tenseness, combativeness , altered mental state and altered consciousness. Lawmakers attempted to determine who had witnessed Greene’s condition and shared those symptoms with the pathologist. None of the coroners’ office officials had answers.

O’Neal said it was “highly unusual” that his office had no reports, notes or other documents about Greene’s death. The only record the former Union Parish coroner wrote contained a basic description of a traffic accident with no mention of symptoms that would indicate excited delirium or a violent struggle, according to a copy read aloud at the meeting. of the committee.

O’Neal said she planned to request an audit from an outside agency to see if any reports might have been created and then lost or deleted.

After reviewing a copy of the pathology report, a passage was read aloud to the committee which indicated that the pathologist had received information verbally from state troopers, but there was no communication or written record from the paramedics. paramedics on the scene.

Jordan also pointed out that state law prohibits coroners from issuing a cremation permit when suspicious circumstances surround a death. When questioned, coroners said they would not have issued a cremation permit for Greene’s body, which Moon, the former Union Parish coroner, did.

Get morning headlines delivered to your inbox

Following the excessive issuance of securities under Barclays Bank PLC’s US shelf and subsequent planned changes to Form 20-F filings, Barclays is suspending market making activities on its own debt securities

Boot camp for kids at Woodhaven will focus on core body, core values ​​- The News Herald