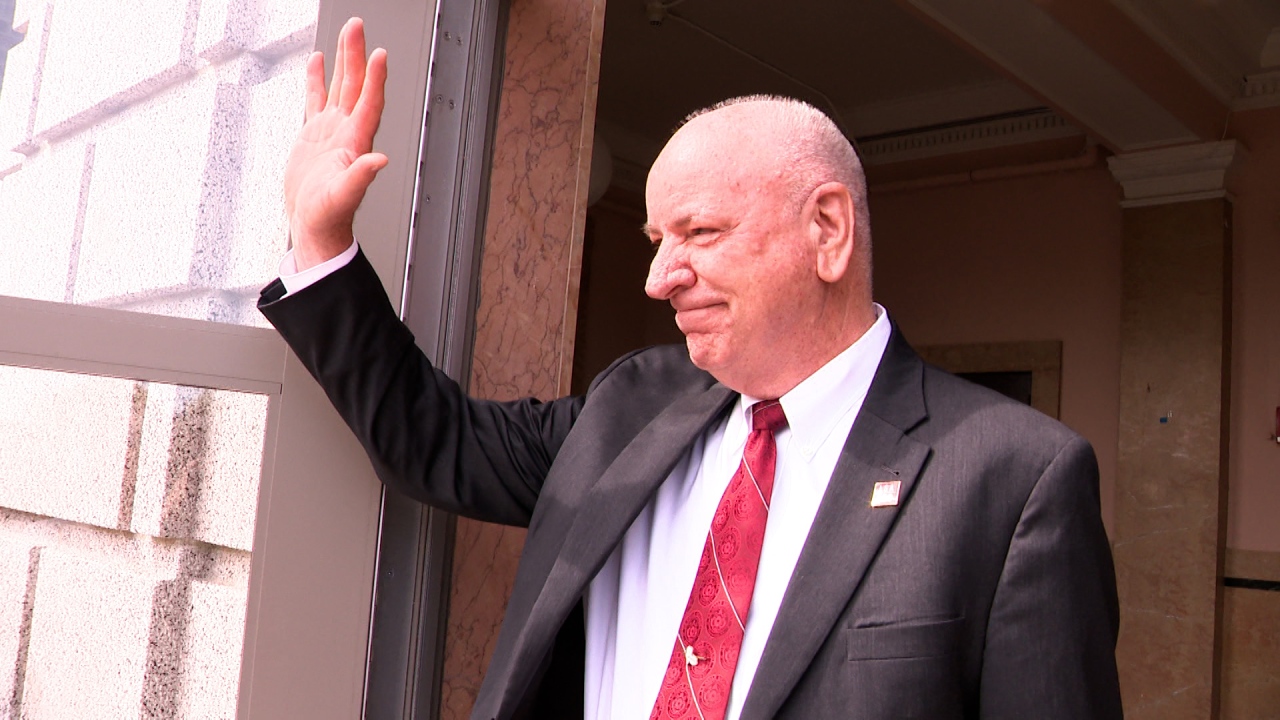 PROVIDENCE, RI (WPRI) – It’s the end of an era for La Salle Academy.

Principal Donald Kavanaugh calls it a career after 22 years on the job.

The 70-year-old got the surprise of his life on Tuesday afternoon when he walked out to see nearly 1,500 students, faculty and staff holding signs and chanting his name.

“I was in shock,” Kavanaugh recalled. “It was just a great feeling.”

“It brought my whole career together in many ways,” he continued. “All those kids I’ve seen on the sports field, or at shows, or in class, or in my office on occasion.”

It was a moment that Kavanaugh will cherish for years. He began his career at La Salle in 1972 as an educator, and after two stints at Saint Raphael’s Academy in Pawtucket and Barrington High School, he returned in 2000 to serve as principal.

Kavanaugh’s retirement won’t be exactly as he imagined.

His wife, Christine Kavanaugh, died in January. She was a long-time Director of the Performing Arts Program at St. Mary Academy – Bay View.

“She was always putting on a show,” he said with a smile. “She was very creative.

Kavanaugh said he still thinks of his wife every day, adding that he plans to spend his retirement traveling the world with her.

When asked what he would miss most about his job, Kavanaugh replied “activity”. His successor, Tim Welsh, officially takes over on July 1.

“I’m going to go 100 miles an hour until June 10,” he said. “Everything will slow down a bit between June 10 and June 30, but after that everything goes to zero… There’s not really any planning for me after that.”

Kavanaugh said he would also miss the students, which made his career interesting.

“I have always considered students as part of my family,” he says.

And for the vast majority of La Salle students, the feeling is mutual.

As Kavanaugh descended the steps, a student flashed a sign that read “LSA Legend.”

When asked why he thinks students consider him a legend, Kavanaugh thinks it’s because he lives and breathes La Salle’s core values.

“I really believe in what we do at La Salle every day,” he said. “One of the reasons I came back to La Salle was that I knew I had the opportunity to work in a place where I believed in values, and I knew the community, in general, would accept what we were trying to make…for me, it was a perfect match.

After the farewell celebration, Kavanaugh was given the key to La Salle by brother Dennis Malloy, who has served as the school’s president since 2019.