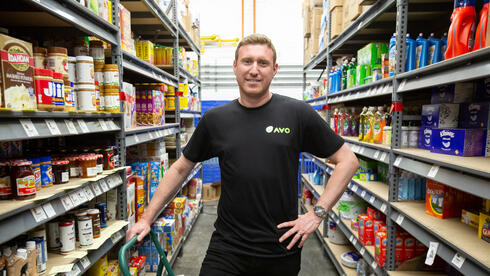 Israeli delivery startup Avo is laying off hundreds of its employees, Calcalist has learned. The company is preparing to lay off about two-thirds of its 750 employees, including 350 in Israel. Avo, which has developed an integrated housing and office delivery platform, has decided to close a significant part of its residential business and focus on its business in the United States and Israel. Among those laid off are many employees in the company’s delivery operation, as well as R&D, marketing and sales personnel.

Avo’s situation is a testament not only to the difficulties the company is currently facing, but also to the changing times and market atmosphere in 2022. While a company like Avo has had no problem in Raise Massive Sums Over the past year, the investment landscape has changed significantly in 2022, with companies looking to raise large sums required to display a viable financial plan. Investors are demanding that venture companies demonstrate their path to profitability and focus their business plan while reducing costs.

Avo raised $45 million in Series B funding led by Insight Partners last September, bringing its total funding to $80 million. The company was founded in 2017 and originally delivered baby products to parents in Tel Aviv nurseries. Since then, Avo has expanded its offering and reach across Israel and the United States (including New York, New Jersey, Chicago and Houston), serving thousands of residential communities, businesses, hospitals and universities. Avo provides a technology platform for a consumer network comprised of apartment buildings and large enterprises. It allows any employee or tenant to order any product they need without delivery costs. The company said last year that growth had increased dramatically with revenue up 1000% in the past two years.

Dekel Valtzer, CEO and co-founder of Avo, told Calcalist the reasoning behind the painful restructuring. “Unfortunately, we have postponed the decision to raise a significant round until early 2022. At the start of the year, we understood in management the direction the market is heading and that a significant round of $100 million n “is no longer possible. We realized that we could rely mainly on our current investors, who made it clear that they would support any decision we made. We decided to formulate a plan that would allow us to embark on a new path in a more solid position.

According to Valtzer, “We initially made some quick adjustments to our spending in New York, Chicago and Houston. Secondly, we drafted a new business plan for the company in which we analyzed all of our activities. We quickly understood that our residential activity, especially in New York, is too heavy a financial burden for a young startup like us who needs to stay the course. We really believe in this activity and believe that we can return to it in the future, but in our current situation, it is not possible. On the other hand, our business in office buildings and with companies in the United States is very successful and could even become the core of our activity.

Valtzer said the company’s residential business in Israel also poses great challenges. “On the one hand, the residential business in Israel is very successful and close to being profitable. On the other hand, we don’t have the capacity to deal with it from a bureaucratic point of view. After many discussions with the board of directors, we decided that there were two options. One is more painful and involves stopping activity, although it has great potential. The other would be to sell it as is to another company that would manage it and make it profitable. We’re trying to make the second option work, but we know there might be a situation where we have to shut down that business and keep it in a state that would allow us to resurrect it if we could short it some time later.

In a comment sent to Calcalist, Avo wrote: “This is a very complex but inevitable decision taken to ensure that we will be able to continue to deliver on our strategic objectives. The main objective of this move is to focus on the office market. The company’s senior management is taking the time needed to support team members who have been forced to leave and help them move into their next position. Additionally, the company offers anyone interested employment counseling, job training and more.