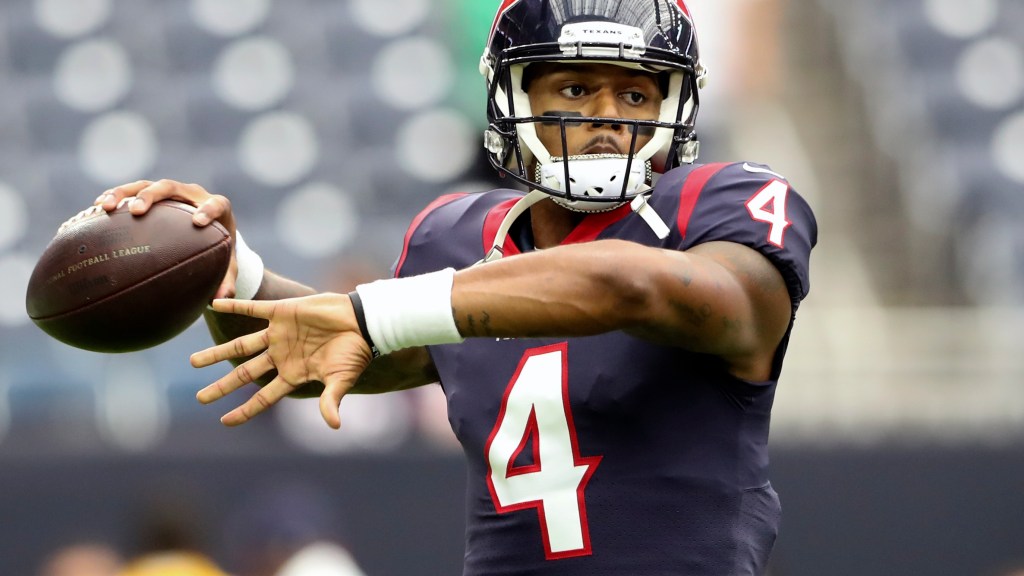 Two of the biggest names in the NFL quarterback market have been settled as Aaron Rodgers returns to the Green Bay Packers and Russell Wilson is traded to the Denver Broncos. Even Carson Wentz was transferred from the Indianapolis Colts to the Washington Commanders.

The Cleveland Browns have been publicly very clear about their plan to go into 2022 with Baker Mayfield at quarterback. The team reportedly had a discussion with its agents while in the NFL, reiterating that, but not committing to seek an upgrade if it became available.

A clear upgrade may now be available as Deshaun Watson was cleared of all criminal charges.

Before moving forward, we’ll note that Watson still has 22 unresolved civil lawsuits, and the information available regarding all of these is difficult at best. Although the criminal case did not result in charges, the allegations against Watson are troubling. last fall, Sports Illustrated’s Jenny Vrentasprovided context to what is known about legal issues.

Still, in the interest of Browns coverage, sharing the possibility of him being traded to the team is part of the process.

ESPN’s Jake Trotter reported earlier today that Watson could be a option for Cleveland:

Deshaun Watson could possibly be the only wild card. But a grand jury will hear evidence on Friday in the case involving Watson, who faces allegations ranging from harassment and inappropriate behavior to sexual assault during massage sessions.

ESPN’s Jeremy Fowler noted in a radio interview that he wouldn’t rule out the Browns as an option:

Great NFL Insider @JFowlerESPN to @937thefan on Deshaun Watson to Steelers rumours: ‘I would be very surprised if that happened.’ Mentioned the Eagles and Panthers as contenders. He said he wouldn’t rule out the Browns!!!

Jonathan Jones of CBS Sports reported on what interests Watson with a new team, which seems to indicate that he would be interested in Cleveland:

Does the team have a good head coach? A good offensive line? A good defense? These are three criteria (in no particular order) that Deshaun Watson is looking for in his next team.

Reports say Watson blocked a trade with the Carolina Panthers last year, but they are reportedly seeking his services this year. According to Adam Schefter, several teams are and things could move quickly:

Deshaun Watson’s trade market is now expected to accelerate rapidly. Houston will be open to moving him and multiple teams are expected to be interested, according to league sources.

For Cleveland, on the court, Watson would be a significant upgrade from the 2021 version of Mayfield. Due to his movement abilities and precise passing, his integration into Kevin Stefanski’s system is close to perfect.

Off the field, the Browns should feel comfortable with everything that would come with acquiring Watson, including fan backlash and pending civil lawsuits. The NFL could also still suspend Watson. More importantly, the team would need to know that adding Watson aligns with their core values ​​despite the allegations.

Should you self-publish your book?