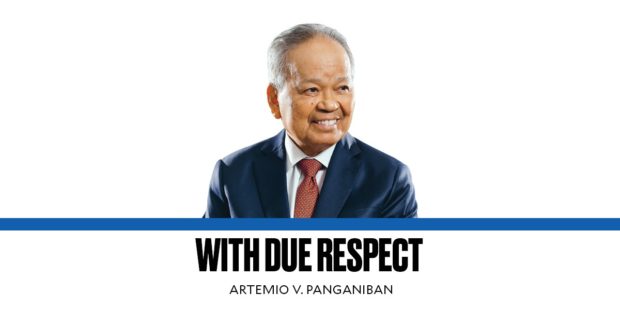 In Disini v. Republic (promulgated on June 15, 2021, but the full decision was only recently rendered), the Supreme Court unanimously ordered Herminio T. Disini â€œto pay the Republic of the Philippines moderate damagesâ€¦ d ‘one billion pesos (P1,000,000,000.00) and exemplary damagesâ€¦ one million pesos (P1,000,000.00)â€¦ [plus] legal interestâ€¦ of 6% per year from the finality of this decision until their complete satisfaction. (p. 55)

The Court ruled that “… Disini acquired ill-gotten wealth by receiving substantial commissions from Westinghouse and B&R as part of the BNPP project …” (p. 38) Nevertheless, the lawyers of the Republic did not not proven effective receipt by Disini of the alleged P50 0.5 billion ill-gotten wealth; they presented only a photocopy (instead of the original) of a private document listing the said commissions.

The Court explained that â€œaccording to the best evidence rule, when the object of the investigation is the content of a document, no evidence is admissible other than the original document itselfâ€¦â€ (p. 39 ). damages, but declined the Republic’s prayer for the 50.5 billion pesos claimed in ill-gotten commissions.

In addition, “while the Sandiganbayan [the court of origin] held Disini responsible, he held that there was no evidence of the receipt of the commissions by Presidents Marcos and Imelda. Thus, they were not held responsible. (p.6)

Oh, when will our government lawyers learn to prove their claims via the elementary rules of evidence that ordinary law students know by heart? I have raised this complaint in numerous columns on ill-gotten wealth cases. (Example: see the last two paragraphs of my article of September 26: “Do the Marcos have ill-gotten wealth?”)

On June 3, 2014, during the proceedings of this case, Disini passed away. From whom then will the government perceive the exemplary and moderate damages? The ruling anticipated this issue by saying that he “was succeeded in the lawsuit by his heir Herminio Angel E. Disini, Jr.” (p. 7)

This case reminds me of an earlier decision I wrote in PCGG v. Desierto (February 10, 2003) who ordered the Office of the Ombudsman to lay â€œin the appropriate court, the appropriate criminal chargesâ€ against Disini. As a result, Simeon Marcelo, who replaced Aniano Desierto as mediator, filed criminal charges in the Sandiganbayan against Disini.

After retiring from court and becoming a columnist for the Inquirer, I lamented, in my article of March 27, 2011, that â€œdespite being in jail for the fiasco. Disini subsequently filed a defamation complaint against our then editor-in-chief Letty Magsanoc and myself. The then Makati city attorney, Feliciano Aspi, dismissed the charge. But after his retirement, his temporary successor quashed Aspi after reconsideration and immediately filed, without notice to Letty and I, the libel charge in the Makati Regional Magistrates’ Court.

I don’t have the space to detail the agonizing processes Letty and I went through to defend ourselves. Suffice it to say for now that the Court of Appeal, the Ministry of Justice and the new Permanent Prosecutor of Makati City have dismissed the indictment. In separate proceedings, they all argued that no defamation was committed by correctly quoting and citing textual parts of a Supreme Court decision. No appeal was lodged against these dismissals.

By assuming my defense, I swore to seek justice, even revenge, and to prosecute criminally, civilly, administratively and / or ethically the prosecutor of the provisional city of Makati and his acolytes, the lawyers who initiated the criminal complaint, the judge RTC who refused to reject it despite its obvious lack of probable cause, and, of course, Disini.

However, as I reflected and prayed, I was led to the exhortation of our Lord Jesus in Romans 12:19: â€œBeloved, do not seek vengeance, but give way to anger; for it is written: “Vengeance is mine; I will pay it back,” says the Lord. To God always be the glory!

2.62% CAGR in Healthcare Generator Market by 2025 | Switch to gas generators to stimulate growth