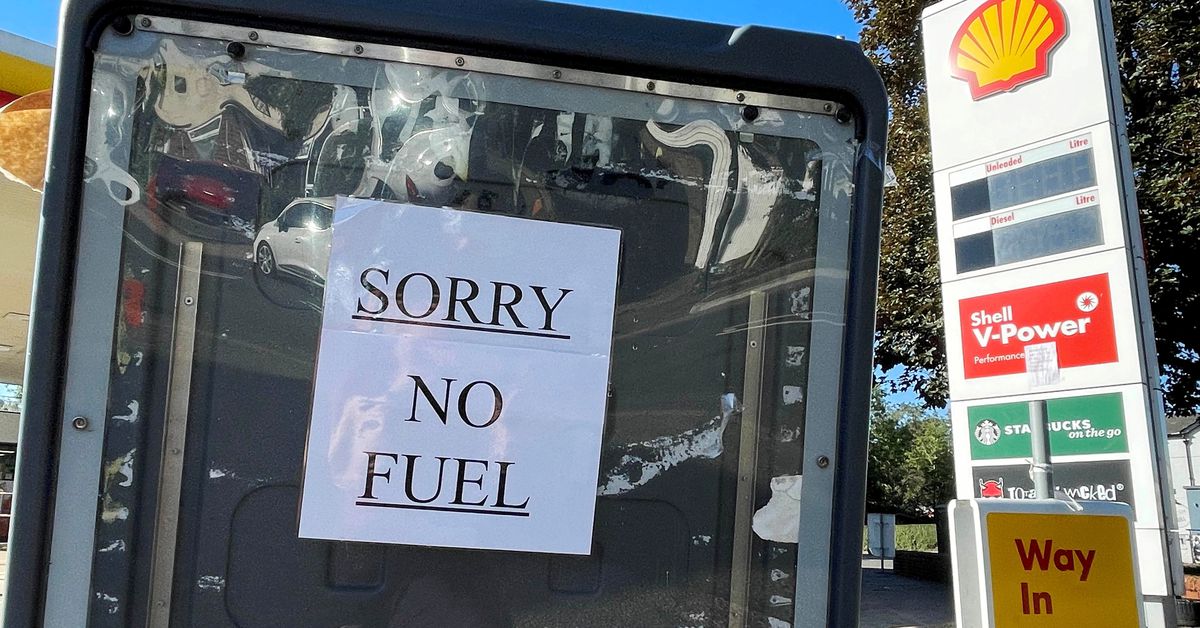 September 29 (Reuters) – Gas stations are drying up in Britain. Electricity costs skyrocket in the European Union before winter. Forced restrictions on energy consumption in China. And the rising prices of oil, natural gas and coal.

You would be forgiven if these events made you believe that the world was suddenly hit by a global energy shortage. But you would also be largely wrong.

While the supply pressure on consumers and businesses in each of these areas is acute, the disruptions have less in common than you might think.

What unites them is a widespread rebound in energy demand from the lows reached at the height of the coronavirus pandemic which pushed up oil, gas and coal prices; current supply restrictions by the OPEC oil cartel; and global transportation bottlenecks that complicate fuel distribution.

But the list of what separates them is longer, reflecting that disruptions may have more to do with local political choices and regional dynamics than a general scarcity of the world’s energy supply.

Oil prices crossed $ 80 a barrel this week for the first time in three years, with natural gas and coal also hitting multi-year highs. The Organization of the Petroleum Exporting Countries and allies will meet next week to decide whether to free up their slack production capacity to help bring prices under control.

Here’s a quick recap of what’s disrupting the energy markets in Britain, Europe and China:

The Chinese government has started rationing electricity to energy-intensive companies due to a coal shortage. Because Beijing sets electricity prices, coal-fired power plants struggling with higher coal costs have not been able to operate economically and are in the process of shutting down. Read more

Goldman Sachs has estimated that up to 44% of China’s industrial activity has been affected by power shortages, which could affect its GDP.

The China Electricity Council, which represents electricity providers, said Monday that coal-fired power companies are “now expanding their supply channels at all costs” to ensure the supply of heat and electricity in winter.

The price of keeping the lights on in Spain has tripled, reflecting a larger increase in electricity bills in the European Union in recent weeks. Soaring electricity costs have raised fears of a difficult winter ahead as households demand heat and push consumption to a seasonal peak. Read more

The reason for rising costs in Europe is a confluence of local factors, ranging from low natural gas inventories and overseas shipments, to low output from wind turbines and solar farms in the region, and to maintenance work. that took nuclear generators and other power plants offline.

The timing is difficult as demand is only expected to increase in the coming weeks and months, but the return of power plants from maintenance and the start-up of the recently completed Nord Stream 2 gas pipeline from Russia to Germany may eventually ease the steps.

Meanwhile, Spain, Italy, Greece, Britain and others are planning national measures, ranging from subsidies to price caps, to protect citizens from rising costs as economies shrink. are recovering from the COVID-19 pandemic.

Panic buying by motorists has left fuel pumps running dry in major cities across Britain in one of the worst energy disruptions the country has faced in decades. Fighting broke out at gas stations as the government called for calm.

But the problem plaguing Britain isn’t the lack of gasoline, it’s the lack of truckers to distribute fuel from refineries to retailers – one of the weird side effects of Britain leaving from the European Union, and a hangover from the postponement of truck driver certification and training during the pandemic.

The fix? Prime Minister Boris Johnson’s government has issued temporary visas to thousands of foreign truck drivers to bring fuel to market, has put the military on hold to help and hopes to restore order at the pumps before the holidays.