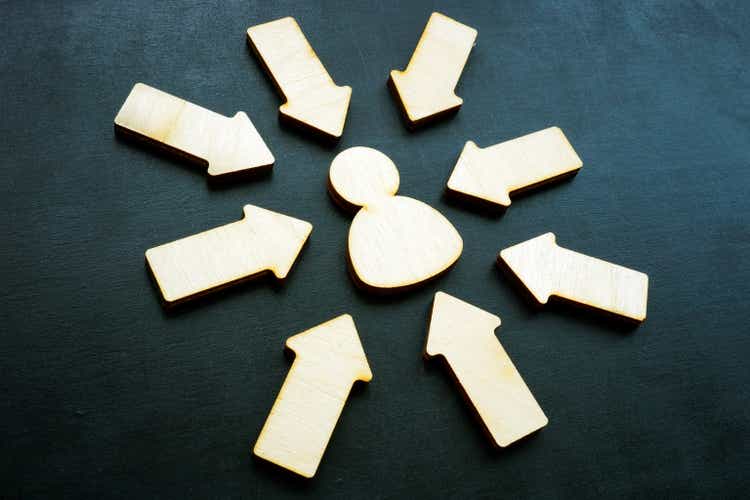 PMI data from IHS Markit showed global economic growth was at its lowest in a year and a half in January as the Omicron wave disrupted business activity. Detailed sector data from the PMI reveals how consumer-facing industries have been hardest hit, with tourism and leisure reporting by far the steepest slowdown. However, many other sectors saw the production trend deteriorate during the month due to widespread shortages of personnel and materials, as well as weakened demand, although these could also be the sectors on the point to rebound fastest once the Omicron wave has passed.

IHS Markit’s global sector PMI data covers all major developed and emerging economies, based on monthly questionnaires completed by a panel of over 30,000 companies in over 40 countries. The survey data is best known for providing early indications of national and global economic trends, but it also provides unique insights into detailed sectors of global and regional economies.

Of the 26 detailed industries and sub-sectors covered by the global PMI database, five reported a drop in output in January, with the largest decline reported by tourism and leisure services companies, followed by manufacturers of beverages, then transport companies. Metals and mining and basic material resources companies also reported lower production levels. Meanwhile, output growth has slowed in another 14 of the 26 sectors

As a result, output growth slowed in six of the seven major industry classifications from which the detailed sectors are drawn, while consumer services recorded a further drop in output.

The January data coincided with the Omicron wave of the COVID-19 virus which led to increased consumer caution as well as greater government virus containment measures. With record numbers of infections recorded in many countries, downturns in tourism, leisure, transport and the broader consumer services industry cluster have been the most pronounced since lockdowns in early 2021.

However, the pandemic has further impacted the supply of materials and personnel, with disease and government health protection measures once again curbing production around the world. The proportion of businesses saying business activity was limited by shortages of staff or materials rose in January, remaining below last October’s peak, but far higher than at any time before recent months.

To get an idea of ​​the sectors that are seeing the greatest constraints on their activity, we can compare the latest development in production with the latest development in demand, the latter measured by the survey’s new orders gauge. If new orders are growing faster than production, the survey data suggests that activity is constrained, most likely by supply shortages or COVID-19 related restrictions.

The analysis reveals that technology equipment manufacturers are currently the most constrained, followed by food manufacturers and transportation services.

It is perhaps unsurprising that some of these most constrained sectors are also experiencing the steepest price increases, as limited supply translates into better pricing power. This is perhaps the biggest concern in the food sector, given the importance of food prices to the cost of living and social stability, with January seeing a record increase in the prices charged for food in the world.

More encouragingly, these are also likely to be the sectors that will rebound the strongest as the Omicron wave and its associated health restrictions ease, indicating improved revenue growth for these companies.

Editor’s note: The summary bullet points for this article were chosen by the Seeking Alpha editors.