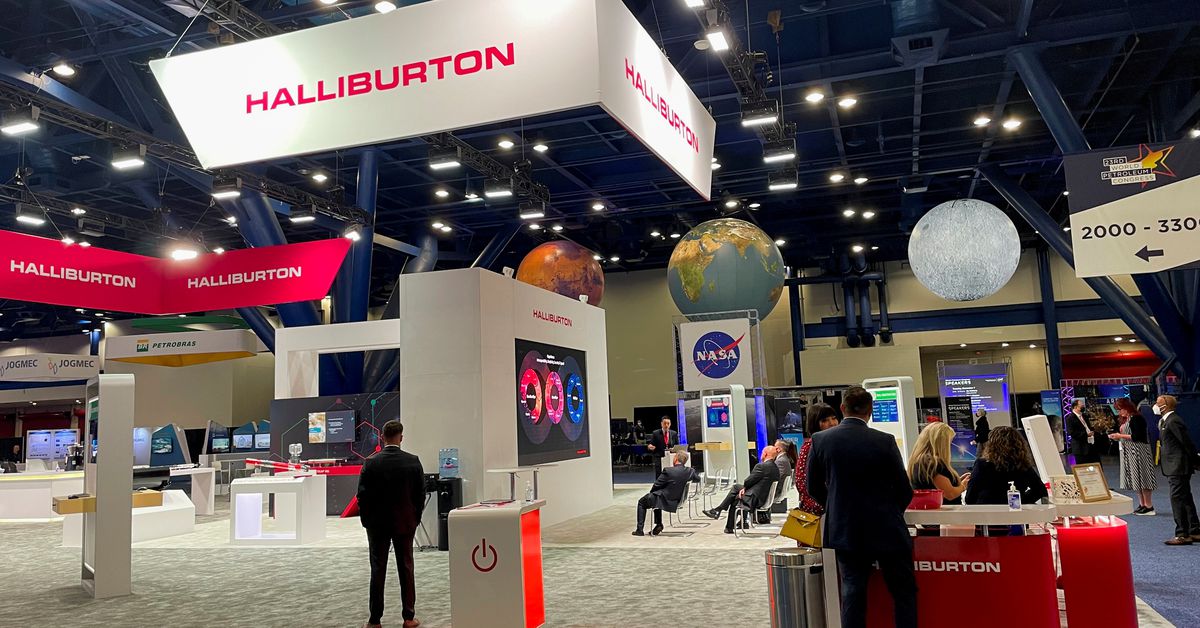 Oct 25 (Reuters) – Halliburton Co (HAL.N) posted a surge in third-quarter profit on Tuesday that beat forecasts and pushed its shares higher, the latest oil services company to report better-than-expected results against a backdrop of a global surge in drilling activity.

Brent crude averaged $98.96 a barrel in the quarter, up about 33% from a year earlier, as sanctions on Russia’s top oil producer for its invasion of the Ukraine having disrupted global supply routes. Meanwhile, demand has rebounded strongly from pandemic lows.

“Looking ahead, we see activity growing around the world – from the smallest to the largest countries and producers,” Halliburton chief executive Jeff Miller said in a statement. In North America, he said demand for services is “stronger than ever at this point in the year.”

Miller told investors that Halliburton’s equipment remains sold out for the remainder of 2022 and said the market will be tight in 2023.

The company said the results of its business divisions were negatively impacted by the liquidation and sale of its Russian operations in the third quarter to its local management team. This unit now operates as BurService LLC, independent of Halliburton.

For the nine months ended Sept. 30, the company recorded $366 million in charges and impairments, primarily due to the sale of its assets in Russia and the impairment of assets in Ukraine.

“Halliburton continues to benefit from dynamic pressure pumping activity/exposure in North America, as well as a higher contribution from international operations,” analysts at investment bank Jefferies wrote in a note.

Reporting by Shariq Khan in Bengaluru and Liz Hampton in Denver; Editing by Kirsten Donovan and David Holmes