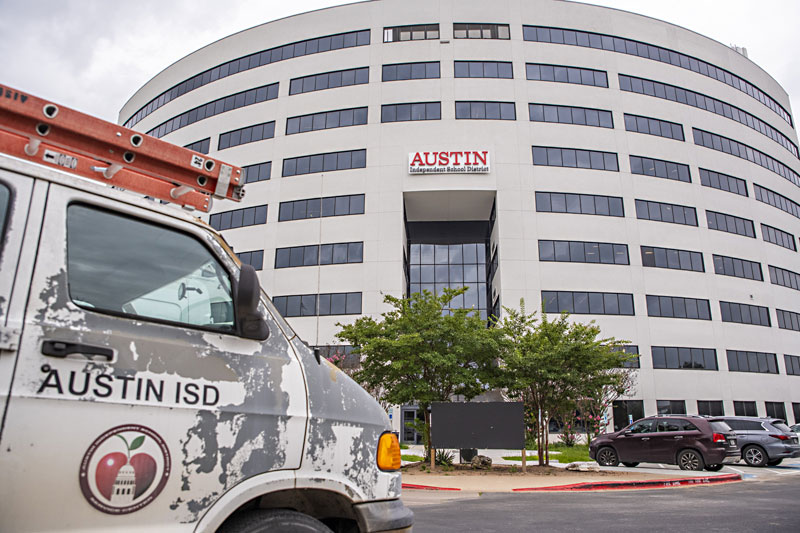 Has AISD cleared its backlog of special education or not? After the July 1 deadline, 77 evaluations remain to be completed – News

June 30, Austin ISD made an announcement: its once huge backlog of special education ratings was “no more”. The backlog, which had led to legal action and the complete reorganization of AISD’s special education department, was “to be cleared before the deadline promised by the district of July 1”.

In an update sent to Texas Education Agency that same day – June 30 – AISD had a different message. Although the district has made substantial progress in determining the special education needs of hundreds of students, 77 initial assessments have remained incomplete, leaving dozens of students in limbo. The district told TEA it would aim to complete them by July 15. “The official written document did not show complete catching up”, Dustin Rynders, the education counsel at Texas Disability Rights, tell us. “I still think we see a real lack of honesty and frankness on the part of the district.”

The district has been grappling with its assessment issues publicly since the spring when we reported on families in Austin who waited, often for months, for AISD to complete mandatory initial assessments and reassessments. These assessments determine which special education services are best suited for a student – for example, a child with learning disabilities may need additional help learning to read, or a student with autism might benefit from weekly meetings. with an advisor – and assessment deadlines are strictly regulated by federal and state laws. Chronic delays at AISD have led to a lawsuit by DRTx, a human rights protection and advocacy agency, alleging that students with disabilities who are entitled to receive services have been denied these opportunities by the failures of the AISD.

The backlog came after many assessors in the district, such as certified specialists in school psychology, resigned en masse in late 2019, and it was made worse by the COVID-19 pandemic. In an attempt to catch up this spring despite persistent staff shortages, AISD worked with contract evaluators from AIM (Evaluation Intervention Management). It also made big internal changes: collecting community feedback in a publicized survey, hiring a new director of special education, asking special education staff at central office to reapply for their positions. “The reorganization of special education is 90% complete, and the department is looking to enter the school year without backlogs and a clean slate,” notes the AISD website.

Although the vast majority of the initial assessments were made in the district’s race to the finish line on June 30, the status of reassessments, which the district must perform for special education students every three years, does not is not clear. AISD declined to share the number of pending reassessments with the the Chronicle, noting instead that “reassessment data is ongoing and will be analyzed for compliance and monitoring purposes”. In February, we reported that approximately 500 reassessments had been delayed; the DRTx lawsuit estimates that up to 1,600 students could be affected.

â€œSeveral evaluations have been made. I think it’s wonderful. Unfortunately, we don’t have the rest of the story.– Dustin Rynders, Texas Disability Rights

Despite the disparity, progress has been made. The district reports that it has assessed more than 700 students since March, and the report confirms that most student assessments were either completed or rejected. However, Rynders said, DRTx will continue to sue the district because assessments are only the first step in providing students with disabilities with the services they need. Rynders noted that the district has not made public its progress in holding meetings with parents and educators that determine each student’s individualized education plan and the services it includes. AISD has also not discussed how it plans to provide compensatory services to students who now need additional assistance due to the delays.

â€œA lot of evaluations have been done. I think it’s wonderful. Unfortunately, we don’t have the rest of the story,â€ Rynders said. “The reason assessment is important is that assessment drives a plan for a struggling child, and if the meeting hasn’t been held to develop a plan before the next school year, then it’s definitely too early. to celebrate. Because it’s still a child who will start the next school year without the services he needs in place. “