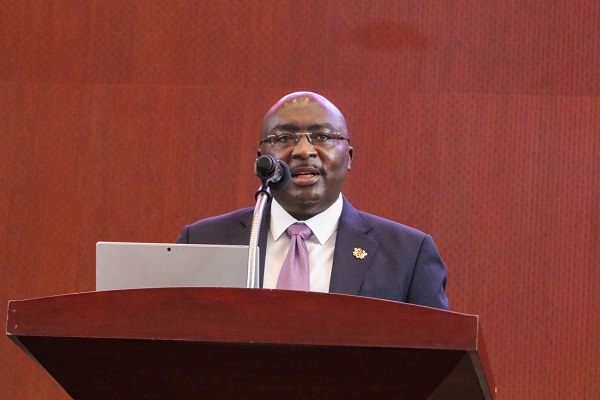 Here’s what you need to know

The tracker’s website is said to help ensure transparency and accountability in the governance system.

The mandate was first announced on August 18, 2020 by Vice President Dr Mahamudu Bawumia during the 2020 election campaign.

Prior to the introduction of the monitoring website, the former National Democratic Congress (NDC) government, in its attempt to keep records of their projects and achievements, introduced the “Green Book”.

Similarities and Differences Between Green Book and Delivery Tracker

Unlike the website and delivery tracking app, the GreenBook, as the name suggests, had all of its infrastructure and other development projects stipulated in a book with its electronic copy in PDF format.

While the Tracker is a living portal subject to changes and updates, the GreenBook was a document written at the end of a four-year term.

The book was also presented in two parts, the first giving a general overview of government performance and the second providing illustrated evidence of the work being done at the district level.

However, both websites have a similar content format. Tracker and GreenBook must keep records of projects and promises made during campaigns that have been delivered. They both deal with infrastructure data by sectors, regions and districts.

In summary, both projects were to track the achievements of political parties in government, hold themselves accountable to the people, and enable them to write informed campaign messages. In view of this, the NDC gave the Green Paper the theme of accountability to the people, changing lives and transforming Ghana.

Concerns raised about the two projects

Ghanaians have subjected both initiatives to strict proof as they reported unseen projects published as completed or underway.

The tracker’s website was taken down after the vice president admitted errors in the infrastructural achievements posted on the website, but has since been restored.

There have been instances where the President, Nana Addo Dankwa Akufo-Addo, has teased the Mahama administration’s claims that it has undertaken unprecedented infrastructural development, as a mere fantasy contained in the NDC.

The Google search engine does not show any results from African countries with such an initiative. The one tracker synonymous with all of them is the COVID-19 tracker which makes Vice President Bawumia’s claim that Ghana is the first to launch such a project likely to be true.

“As we know, Ghana is the only country in Africa to have this publicly accessible delivery tracking system in place for its infrastructure projects. No other country has done so, ”the vice-president said.