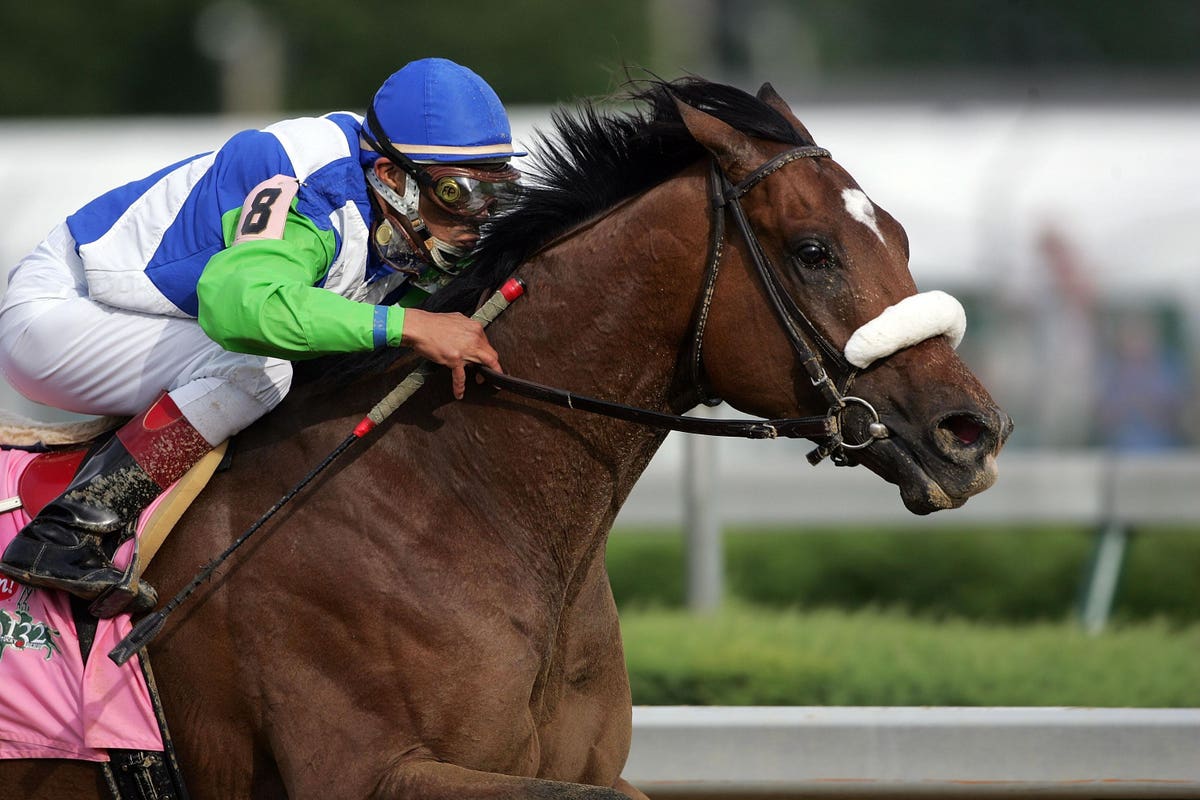 How to Lead “Mustangs”

Barbaro was the winning horse of the Kentucky Derby in 2006. He entered the prestigious race undefeated. Bettors predicted his margin of victory at over six lengths. He was a favorite to win the Triple Crown. Unfortunately, he broke his right hind leg two weeks later at Preakness after making a false start and eventually had to be put down. One journalist described Barbaro’s style as having “mustang-like racing joy”.

There is a story behind this memorable event: Edgar Prado, Barbaro’s proud jockey. Unlike most jockeys who liberally used a whip, especially down the home stretch, Prado never touched Barbaro with his whip or asked him to do more than necessary. “If he runs very hard, why should he be punished? Prado once told a reporter.

What promotes “mustang-like racing joy?” Mustangs run free without a bridle (harness) or passenger to guide their actions. The concept is less about the absence of restrictions and more about the presence of a spirit that feels in complete control of its destiny. Barbaro certainly wore a bridle – the steering wheel that connected the driver to the athlete. But there was no restraint on Barbaro’s heart and mind. Barbaro was doing what he wanted to do. And Prado knew it and did not feel the need to order or “lead” the horse to “run very hard”.

What is the source of a Mustang-like engagement?

We all know what raging performances look like up close. It is a service experience offered by someone who seems eager to create a sensational memory and able to operate as if “he or she owns the place”. This is the employee found asleep at her desk early in the morning because she “had to crack the code” and worked very late until she did. It’s the partner who stands up for their business steadfastly even before hearing evidence of improper action because “I’m sure we did the right thing; we always do”. Here are three ways to cultivate a “mustang” spirit.

In her book Fabled Service, Betsy Sanders tells the story of a homeless woman dressed in dirty clothes who walked into the flagship Nordstrom store in downtown Seattle. No one questioned her motives as she made her way to the store’s party dress section. Warmly welcomed by the saleswoman, she declares that she wants to try on an evening dress. Without hesitation, the saleswoman helped her try on several expensive dresses, commenting on how beautiful she looked in each. After a while, the homeless woman thanked the vendor and returned to the street with a smile on her face; his head held high.

A customer who had witnessed the whole scene approached the saleswoman and inquired about the motives for her generous actions. “You knew from the start that she wasn’t going to buy a party dress. So why did you spend so much time with that poor person on the street?” Confident, the salesman replied, “That’s what we’re here for: our purpose is to serve and be kind.”

We could do a cost-benefit analysis of this tender moment and question its selling priorities. But Nordstorm knows the power of purpose in channeling commitment and spirit. A goal communicates the “why”. And a compelling “why” drives action even when no one is watching. It is the foundation of a system of beliefs that drives values ​​that guide actions. Disney theme parks are magical places down to the smallest detail; Starbucks are cafes that warmly serve as local watering holes; and Lockheed Martin offers innovative solutions to help their customers keep people safe. “A lofty goal,” wrote author Gary Hamel, “inspires sacrifice, spurs innovation, and encourages perseverance.”

John Longstreet, now CEO of the Pennsylvania Hotel and Restaurant Association, was once the general manager of a large Dallas, Texas-area hotel that catered primarily to business travelers. His leadership philosophy was unique and refreshing. When I had taught business leadership classes at his hotel, I always asked John to speak with the attendees on our second day of classes. By day two, attendees had seen firsthand the impact of John’s leadership. A popular question was, “What do you consider your main job?”

“My job,” John would tell them, “is to treat my associates exactly the way I want them to treat our guests. It’s more than just being nice to them, I want them to be kind. don’t train people to be nice; they already know how to do it. You create an environment that encourages the expression of kindness. It’s the governess kneeling down to talk at eye level with the young child of a customer; it is the restaurant service staff who not only remember a guest’s details, but share them with other associates.” It’s kindness on steroids.”

I watched the Amadeus, Rocket Man and Bohemian Rhapsody movies on a round trip flight. Common themes were three incredible talents – Mozart, Elton John and Queen’s Freddie Mercury – whose passions for music kept them productive at a high level of performance despite rejection, disappointment and pain. They never lost their mustang spirit. Creating an environment filled with passion requires leaders willing to empower associates to “think outside the box.”

When I asked the late Herb Kelleher, Founder and CEO of Southwest Airlines, how he helped lead a company of passionate employees, he commented on his desire to have a diverse team that was willing to take risks. “Associates monitor how you treat those who are unique and different,” he told me. “It lets them know if you’re really serious about ‘being brave,’ one of our company’s core values.”

Kevin and Jackie Freiberg, in their bestselling book, Nuts: Southwest Airlines’ Crazy Recipe for Business and Personal Success, tell the story of when Al Gore came to Southwest during his presidential campaign. He sent a group of prominent people to Southwest who wanted to plant questions in the audience to ask after Gore’s speech. Colleen Barrett, then executive vice president of People for Southwest, was quick to say, “No, our people would be so offended by that. I don’t care who the vice president calls on. Our people will be spontaneous, they will ask good, substantial questions, and they will be articulated.” The event was a resounding success.

Barbaro is the only horse in history to be buried on the grounds of Churchill Downs, the site of the 142-year-old Kentucky Derby. Steve Haskin, a bloodhorse.com blogger wrote, “…Barbaro experienced the pinnacle of human kindness and compassion while being pampered as the noblest of kings. And he leaves behind a legacy that transcends from away his stunning victory in the Kentucky Derby. Cervantes said, “Guts carry the feet, not the feet the guts. Barbaro’s guts carried his feet victory after victory. But they carried his heart much further.”

Where does it go when you’re gone