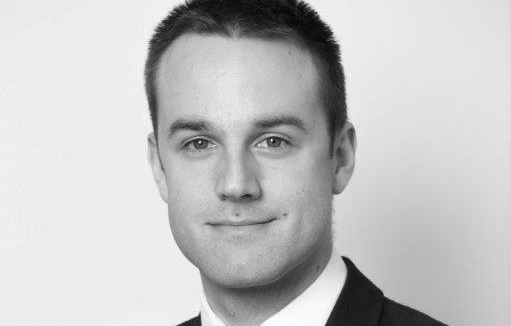 Is the South African government bankrupt?

Interest in the subject of public finance has increased significantly in South Africa following the Covid-19 pandemic. Some commentators have used phrases like “South Africa has reached its fiscal cliff”; South Africa is on the “road to bankruptcy”; and South Africa faces a “sovereign debt default”. This rhetoric has arisen perhaps because our discourse on public finances has been sucked into the vortex of a somewhat hyperbolic debate. Much of this verbiage, however, can be boiled down to a simple question: is the South African government bankrupt?

The simple answer is “no, it doesn’t”.

In fact, our government, given its public finance model, cannot go bankrupt or lack the capacity to pay for its own operations, provided it continues to spend in a currency that it issues. The risk of bankruptcy, which is minimal at this stage, would only arise if the South African government were to incur unsustainable debt denominated in foreign currencies.

Fortunately, almost all treasury bills currently issued by the South African government (what we call our government debt) are denominated in rand. The percentage of rand-denominated bonds is something around 90%. The terms of issue of these bonds generally include the right to claim interest and principal directly against the National Revenue Fund (i.e. government bank account). To understand why holders of rand-denominated government bonds do not face possible default, it is important to understand how government finances actually work.

The government’s account with the Reserve Bank is best understood as a general ledger, rather than a conventional bank account that you or I would have at a commercial bank. In the case of the National Revenue Fund, the accounting operation performed by the Reserve Bank is more akin to the creation of new money than to the transfer of a pre-existing stock of money (which is credited to an account).

The framework for the operation of the special government bank account has its origins in the Constitution. Article 77 of the Constitution defines the manner in which payments can be made from the account. The legal mechanisms for government expenditure are in turn set out in the Public Financial Management Act 1 of 1999.

Broadly speaking, there are two possibilities for payments from the government account: either parliament passes an appropriation bill which functions as a legally binding instruction to pay; or, a pre-existing legal status allows “direct costs » being made on the account. In both of these scenarios, the Reserve Bank has no discretion to withhold payment and is legally bound to credit the relevant commercial bank with a payment in rand.

Like any other fiat currency issuer, the South African government, through its paying agent, the Reserve Bank, is self-financing. It issues the money that it uses to make payments. The fundamental issue to understand, therefore, is that the government cannot run out of its own currency.

The question then is, could the government deliberately withhold payment on a rand-denominated bond?

Can the government default on its rand-denominated bonds?

Much of the answer lies in Section 73, a little-known provision of the Public Financial Management Act. This statutory injunction immunizes bondholders against the risk of default because it provides that the payment of interest, principal and associated fees of a Treasury bill must be “direct imputationsagainst the National Revenue Fund.

This means that even in the unlikely event that the South African government deliberately seeks to default on one of its rand-denominated obligations and claims to withhold payment, there would be a legal blockage. Bondholders would have a statutory right emanating from the Constitution – to payment in rand of at least the real issuer of the currency namely: the Reserve Bank. So even if the government wanted to default, it ultimately could not defeat a valid bondholder claim given the current architecture of our legal system.

What about bonds denominated in foreign currencies?

In the current environment, if there was ever a real concern that the South African government would struggle to meet its foreign obligations, such as the Zambian government at the present time, it could then act immediately to:

Another important consideration to take into account is the fact that the Reserve Bank has reached a record level foreign exchange reserves in July this year – which means that our country has strengthened its ability to meet its international obligations.