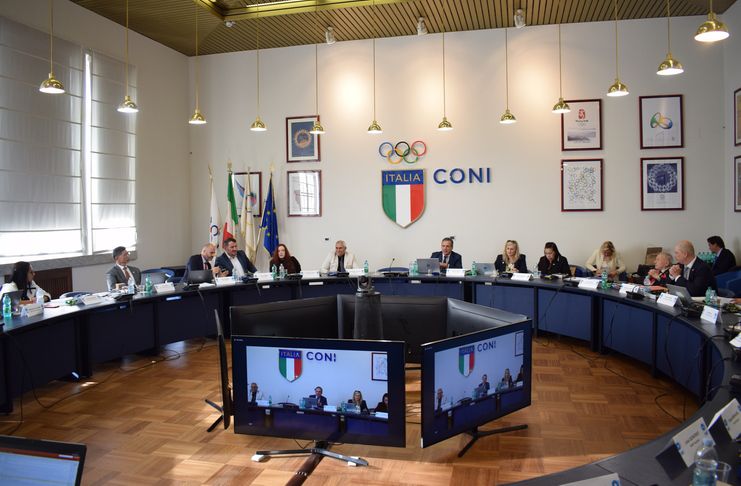 The International Weightlifting Federation (IWF) hosted an in-person meeting in Rome and reinforced its commitment to making improvements to anti-doping, governance and its Constitution.

It was the first time the IWF Executive Board had met in Italy and IOC Member and President of the Italian National Olympic Committee (CONI), Giovanni Malagò, attended the start of the meeting to welcome members. at CONI headquarters.

The EC followed up on the work done since the last face-to-face meeting in July and the commitments that had been made, including reviewing the IWF’s due diligence conduct over the past ten years. Improving the IWF’s strong anti-doping program was also high on the agenda and featured in a presentation by IWF Anti-Doping Commission Chairman Rune Andersen and Director General of the International Control Agency (ITA), Benjamin Cohen. Proposals to further improve the program included expanding investigative powers, improving education, introducing minimum testing requirements for member federations and managing intelligence resources and investigation. Particular attention was given to how the IWF can further improve the education of athletes, coaches and National Federations.

Protecting clean athletes was a clear guiding principle in the proposal to update the Olympic Qualification System for the Paris 2024 Olympic Games put forward by Matthew Curtain, IWF EC member and IF Delegate for Paris 2024. The Executive Board has agreed in principle to strengthen the qualification system, subject to the written approval of the IWF Athletes’ Commission. Following approval by the IWF Athletes’ Commission, the document will be sent to the IOC for final approval.

The EC also approved in principle a strict measure to exclude countries where out-of-competition testing is not possible as a further step to support the IWF’s zero tolerance on doping. The ITA together with the Anti-Doping Commission will examine the legal possibilities and prepare a proposal for the IWF EB as soon as possible.

“This meeting was very productive and engaging. The Board of Directors is passionate about constantly improving weightlifting for the benefit of our clean athletes. The IWF’s anti-doping program is recognized as one of the strongest in Olympic sport, but we always want to go further and find ways to improve it to better promote clean sport. This commitment to progress was clear in our anti-doping discussions, but also extends to our Olympic qualification system, governance reforms and weightlifting development.

During the Executive Committee meeting, there were presentations from the IWF Committees and an update on the Athletes’ Commission elections, which will take place during the World Championships in December.