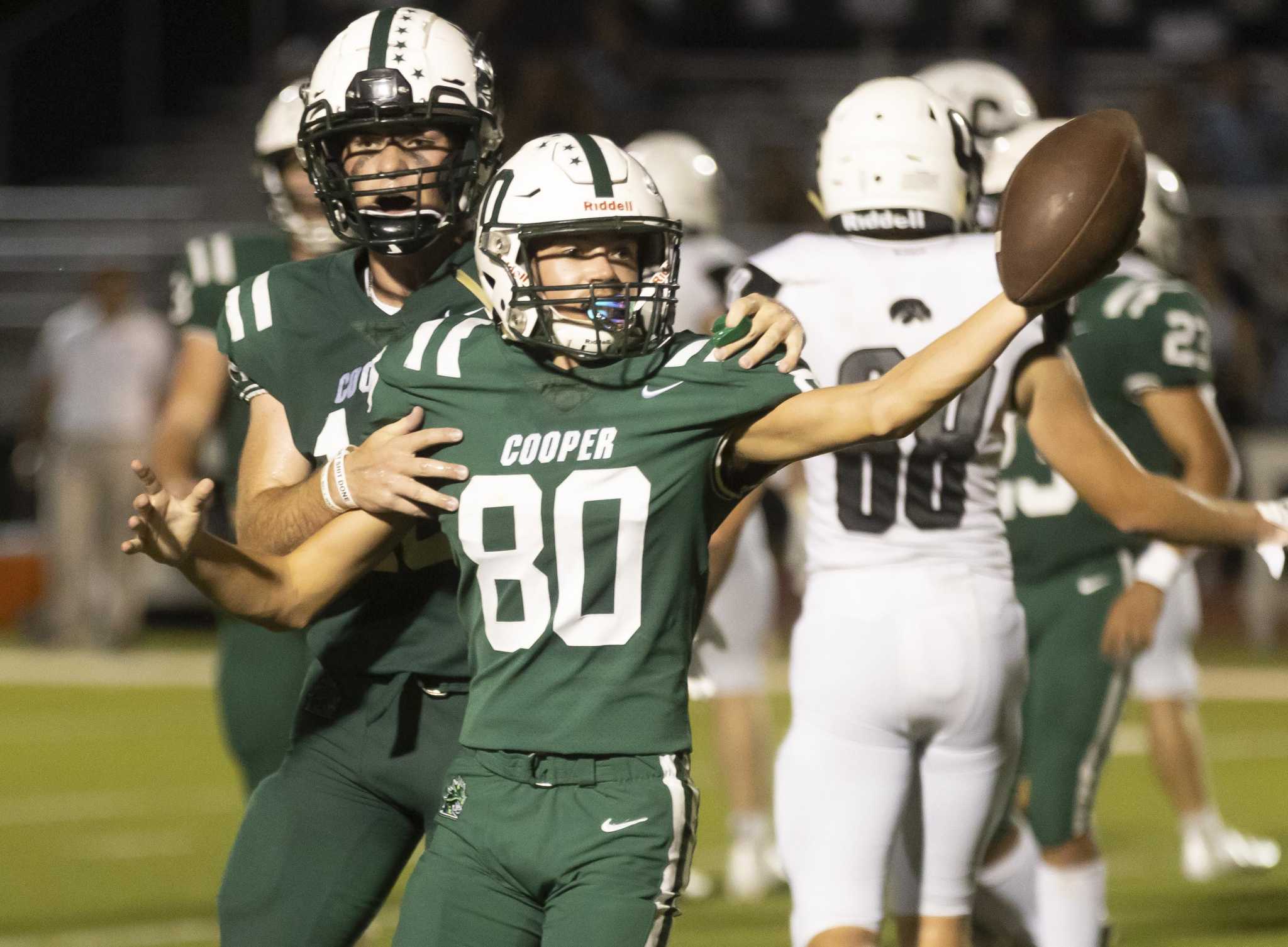 LES BOIS – The evening began with a power failure.

The Dragons outscored Cistercian Prep 40-7 in the second half for a 47-21 Southwest Prep 3A victory in a game played at Warrior Stadium at Woodlands Christian Academy on Friday night.

The game was quickly moved after a power outage at Pugh Field on John Cooper’s campus during pre-game warm-ups.

The game went quickly at TWCA with just 41 minutes behind the scheduled kick-off.

But Cooper scored five unanswered touchdowns to start the second half to flee the Hawks (2-2, 0-1).

“One of the great things is that they just started to pick up the pace,” said Cooper coach Erik DeHaven. “Vaughn McKeever had a phenomenal night. Will Young and Kielar Sullivan, Hayden Hammit and James Masciola – they did a really good job of catching up quickly and putting us in a position to be successful. “

This was quite the turn of events after a difficult first half for the Dragons.

Cooper returned it twice on offense, lost a fumble on a punt return and blocked a punt.

But with all that said, the Dragons limited the Hawks to just two touchdowns in the first quarter and were led by one touchdown – 14-7 – at the break.

On an interception by Eli Sanford, the Hawks scored after a 10-game drive.

The Hawks then recovered a fumble on the kick that followed and from there Devon Comstock sprinted home a 36-yard touchdown for the two-point lead.

“Every football team we face is usually bigger than us,” DeHaven said. “But our children play with tremendous effort and heart and that’s something that makes them unique and special.”

The Dragons’ defense held on after giving the Cistercians excellent positioning on the pitch at 31.

After the Hawks turned the tables, Cooper quarterback Vaugn McKeever warmed up. He found Will Young on a few long passes, including one to the 1-yard line. From there, McKeever scored at home a score of one yard at 5:11 of the second quarter.

The Dragons forced a punt and had a great chance to tie him before half-time.

McKeever had an opening with just under two minutes to go, but fumbled at the 1-yard line with Cisterian’s recovery.

“We just had some self-inflicted injuries,” DeHaven said. “But once we started to find our rhythm offensively and change our front defensively, our players started playing the way we knew they were. I was just really proud of their efforts.

Cistercian added a touchdown in the fourth quarter when quarterback Dan O’Toole landed an over-the-line pass to Comstock, who executed it from 63 yards.

Cooper was 1-3 all-time against Cistercian on arrival and the teams did not meet in 2020 as the Hawks canceled their season due to COVID-19.

“One of the great things, too, is that they’re a multi-training team,” DeHaven said. “One of the late touchdowns was on a training bust. It was something that they are a ground football team with some big players up front.

Cooper threw a holiday party at his home campus on Friday and all of a sudden, around 5:50 p.m., the stadium lights, dashboard and press box power went out. . School administrators and officials were able to quickly secure a location a few miles north of TWCA to play the game. TWCA was on its bye this week.

“The hospitality shown by Woodlands Christian Academy is a real credit to their community,” said John Cooper athletic director John Hoye. “It’s amazing what they achieved in such a short time and it reflects their core values ​​and character. Their help made our Homecoming incredibly memorable for the students and our community at large.”

Cooper heads to Trinity Valley at 7 p.m. on Friday while Cistercian Prep hosts Casady (Okla.) At the same time.