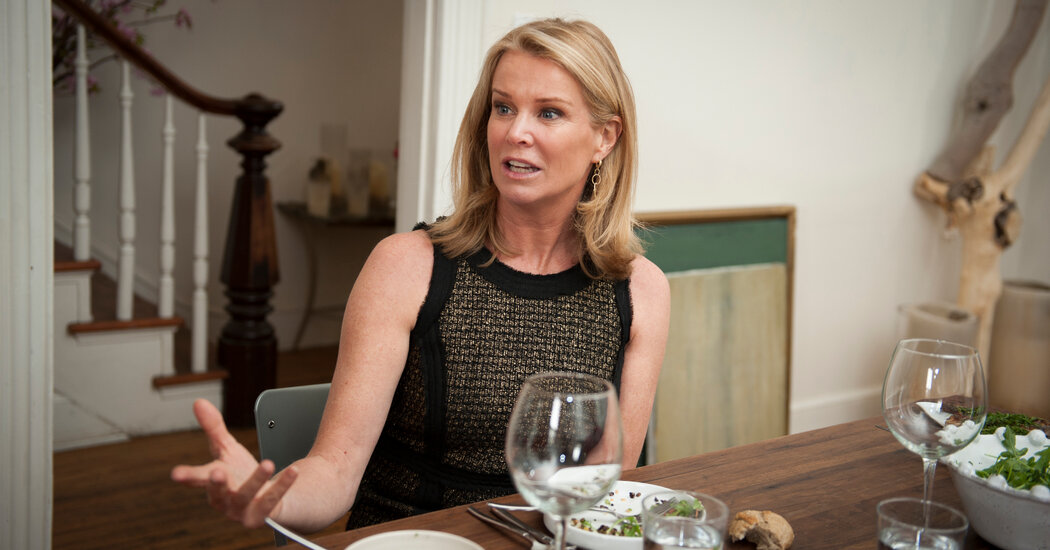 Ozy Media faced pressure on multiple fronts days after The New York Times reported that a co-founder apparently masqueraded as a YouTube executive during a conference call with Goldman Sachs in February.

Ozy has lost one of her biggest stars, Katty Kay, a former BBC presenter and correspondent, who announced in a Twitter post on Wednesday that she had left the company. Ms Kay wrote that she handed in her resignation on Tuesday morning, adding that “the New York Times allegations, which surprised me, are serious and deeply disturbing and I had no choice but to end my relationship with the company. “

Ms Kay had joined Ozy as editor and executive producer in June, after nearly three decades at the BBC. Last year, while still employed by the UK media organization, she started hosting a podcast, “When Katty Met Carlos”, with Ozy co-founder and CEO Carlos Watson.

On Monday, cable network A&E canceled the broadcast of a special documentary hosted by Mr. Watson. The program, “Voices Magnified: Youth Digital Crisis”, was an Ozy and A&E co-production and was scheduled to air Monday at 10pm.

Billed as a review of “the impact of the digital world on the mental health of American youth,” the episode was the second in a two-part limited series. The first, “Voices Magnified: Mental Health Crisis,” aired on September 20, starring Mr. Watson. An A&E spokeswoman confirmed that the second episode has been pulled.

In addition, Ozy lost a key investor. SV Angel, led by leading venture capitalist Ron Conway, informed Ozy on Tuesday that he was giving up shares he had acquired in the company in 2012, according to an advisor to SV Angel. (Axios first reported that SV Angel was selling its shares.)

Mr Watson and a spokesperson for Ozy Media did not respond to requests for comment.

Ozy debuted in 2013 and now has a general news site, newsletters on various topics, podcasts, interview programs and documentaries, some of which have appeared on YouTube. The Times reported on Sunday that a senior Ozy executive apparently impersonated a YouTube executive during a conference call with Goldman Sachs as the bank was considering a $ 40 million investment in the company.

On the call, the person posing as the YouTube executive said that Ozy’s videos were a big hit on YouTube. As he spoke, his voice sounded strange to Team Goldman members, as if it had been digitally altered. The bank ultimately did not close the deal.

In an email to The Times last week, Mr Watson said it was Samir Rao, co-founder and COO of Ozy. Mr Watson attributed the episode to a mental health crisis. He said Mr. Rao took time off after the conference call but has since returned to the company, which is based in Mountain View, Calif.

“I am proud that we stood by him as he struggled, and we are all happy to see him thrive again,” Watson said.

Mr. Rao did not respond to requests for comment.

In its report, The Times also raised questions about Ozy’s claims regarding the number of people who visited his website or watched his videos online.

On Tuesday, Ozy’s board of directors announced it had hired Paul, Weiss, Rifkind, Wharton and Garrison, a large international company headquartered in New York, to investigate the company’s “business activities” and its management team. In a statement announcing the investigation, the council also said it had asked Mr. Rao to take time off.

Also on Tuesday, Watson stepped down from his scheduled appearance as host of an Emmys ceremony scheduled for Wednesday night to honor documentary filmmakers, as part of the 42nd News and Documentary Emmy Awards. A spokesperson for the Emmys confirmed that Watson had asked to be removed as host “so as not to distract from the talented nominees in the documentary categories.”

And Ozy party, a company-hosted music and ideas festival scheduled to take place Oct. 16-17 in Miami, has been canceled, according to a person familiar with the matter.

Mr. Watson, a skilled networker who was an MSNBC presenter early in his career, has been the public face of Ozy since his debut eight years ago. In addition to Mr. Conway, Ozy’s early investors included Laurene Powell Jobs, the founder of Emerson Collective, and David Drummond, the former chief legal officer of Google.