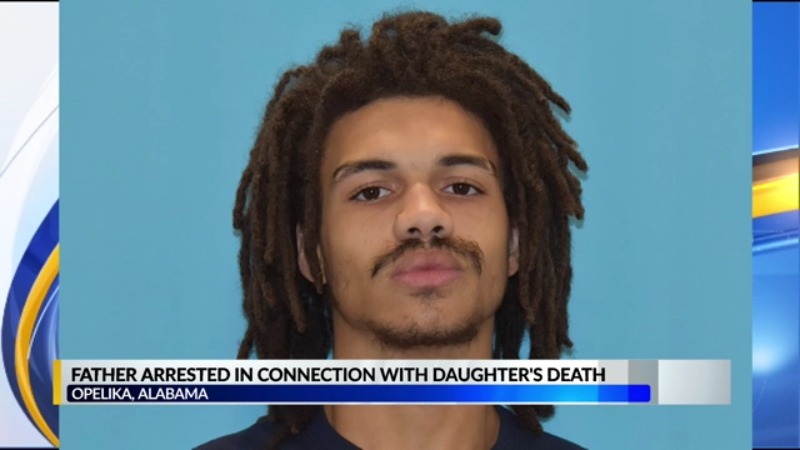 OPELIKA, Alabama (WRBL) – Court documents reveal chilling new details in the case of a 19-year-old father of Opelika accused of murdering his two-month-old daughter. Demarcus Smith was arrested on Thursday and charged with the murder of his child, a little girl named Maliyah.

“These are the kind of cases that take a piece of your soul,” said Opelika Police Chief Shane Healey.

In a deposition filed with the Lee County Court System on Friday, September 17, an Opelika police officer from East Alabama Medical Center saw Smith exit the parking lot without an emergency while wearing a car seat covered in coverage.

“It’s the little things that officers and detectives notice that just don’t make sense, and put the little hairs on the back of your neck and ask these gentlemen to start asking questions,” Chief Healey said.

An autopsy revealed that the baby had “subdural brain hemorrhage, bilateral optic nerve hemorrhage, scarring rib fractures and minor scalp contusions.” The Opelika police want to be clear: the ONLY person suspected of harming this child is Smith. Investigators say their thoughts remain with the other family members mourning the horrific loss.

The deposition also indicates that Smith initially denied having anything to do with the baby’s death, but then allegedly confessed to investigators.

“Demarcus admitted to being angry after an argument with a friend and coming in to console MS, who was crying. MS kept crying and Demarcus was still upset, so he shook her. After shaking her, he gave MS a bottle and put her to sleep. Shortly after, he checked her, and she was not responding, ”the investigator said in the statement.

Police said Smith lived with the mother of the child along the Birmingham Highway. The mother is not a suspect in the case. The couple had no other children.

“The entire police department mourns the loss of baby Maliyah. Our hearts are with her mother and her family as they face this excruciating loss, ”Healey said.


EXCLUSIVE: Russell County DA Kenneth Davis withdraws his resignation and will complete the last 15 months of his term

Smith remains behind bars at the Lee County Detention Center. He was scheduled to appear for the first time late Friday afternoon. We are waiting to see if he will make a connection in the case. You can read the deposition below:

DEPT: AT LEE COUNTY DISTRICT COURT, ALABAMA
STATE OF ALABAMA c. DEMARCUS TREIAS SMITH
“On 9/14/2021 at approximately 11:41 am, officers from the Opelika Police Department responded to the East Alabama Medical Center at 2000 Pepperell Parkway, Opelika, Lee County, Alabama with reference to a two month old baby girl who not responding, identified as MS. Officers met with the head nurse (name redacted) who informed officers that the baby had been brought to the emergency room by his father Demarcus Smith. (Nurse) said several nurses and doctors took action to save lives, but were unable to resuscitate the infant. The nurse said Demarcus arrived at the ER, walked around the parking lot, finally parked and entered the ER without an emergency. Officer Brandon Phillips, who was at EAMC at the time, also noticed Demarcus exiting the parking lot without an emergency while carrying the car seat covered with a blanket. At the hospital, Demarcus met with Detective David Priest and Detective Fred Griffin and provided a written statement. Demarcus testified that he gave MS a bottle and then laid her down and she fell asleep right away. Demarcus started playing video games and checked for MS a bit later and noticed that she was not breathing. Smith said he did “what little CPR he knew on her” and then drove her to the hospital himself. On 9/15/2021, Detective Priest received a phone call from a (doctor) in the Alabama Department of Forensic Sciences (ADFS) who stated after performing the MS autopsy that he was convinced that death would be considered homicide by blunt force. trauma. The Dr said MS had subdural hemorrhage in the brain, bilateral optic nerve hemorrhage, healing rib fractures and minor scalp contusions. On 09/16/2021, Det. Priest met Demarcus, and he agreed to come to the police department for an interview. Demarcus read his Miranda rights and waved them over. Demarcus admitted to being angry after an argument with a friend and going inside to console MS, who was crying. MS kept crying and Demarcus was still upset so he shook her. After shaking her, he gave MS a bottle and put her to sleep. Soon after, he checked her and she was not responding.