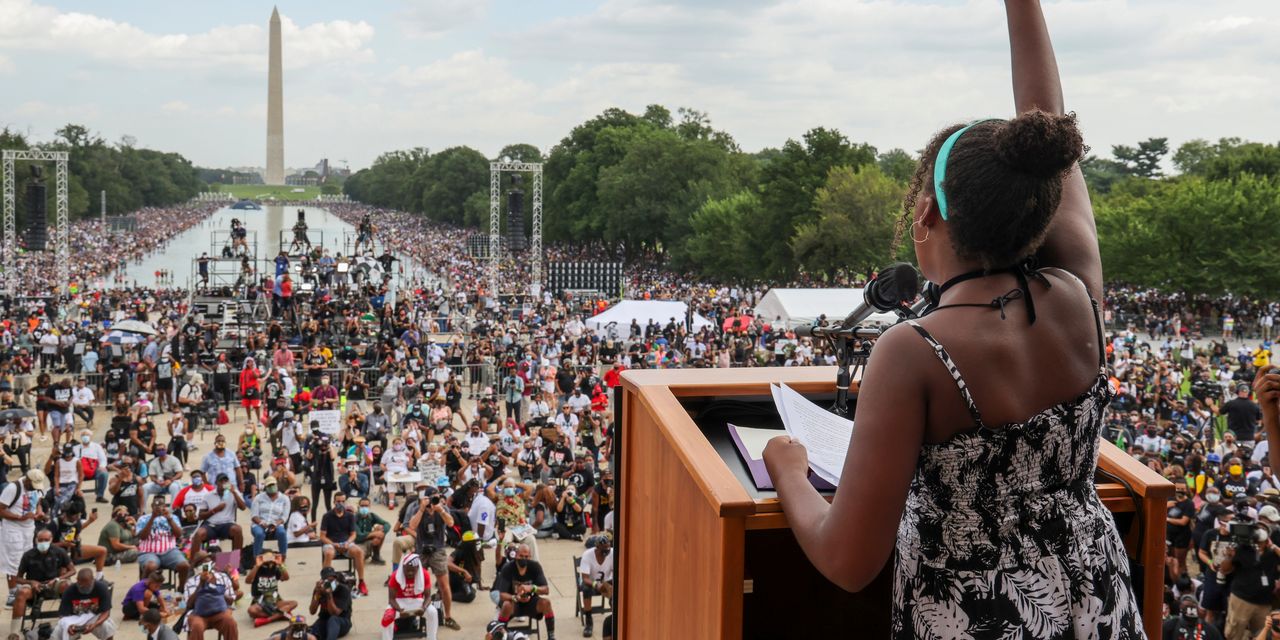 The homepage of the Securities and Exchange Commission (SEC) website declares a commitment to Main Street investors, acknowledging that US households hold $38 trillion worth of stocks – nearly 60% of the US stock market – either directly or indirectly through mutual funds, retirement fund accounts and other investments.

Yet Main Street is nowhere to be found in recent SEC report 500 page proposal requiring companies to make detailed disclosures about greenhouse gas emissions in their operations as well as in those of their suppliers and customers.

While it’s important to address this topic, the SEC seems to have gotten carried away with representing the views of larger institutional investors, especially the massive index funds, rather than considering the interests of individual investors, whose points of view may differ radically.

With 1,068 footnotes, this densely prose tome was certainly not written for Main Street. Instead, the proposal’s writers, an anonymous team of mostly lawyers and economists, repeatedly refer to institutional investors, citing writings and studies that support a proposed prescriptive rule detailing everything from the way a company’s board thinks about climate change to the careful calculations of carbon emissions throughout its supply chain and distribution channels.

The document makes only one reference to individual retail investors. This occurs when it is said that if analysts at institutional investors assimilate detailed climate information using certain advanced software, “it would likely benefit retail investors, who have generally been observed to rely on the weather.” interpretation of financial information by analysts rather than directly analyzing that information themselves.”

The SEC’s proposal contains a cost-benefit analysis, as required by law. The SEC is clear that its rules would certainly impose substantial compliance costs on companies, approaching $1 million per year each. But the SEC rightly acknowledges that it cannot be sure what benefits, if any, its proposal will produce. The document refers several times to benefits that “might”, “might” or “could” occur. The proposal sets the example of possibly allowing investors to say whether a retail chain is moving its outlets closer to public transit so customers don’t have to drive as much.

In its next draft of this proposal, the SEC is expected to differentiate between the interests of powerful institutional investors and mainstream US investors and delineate the different costs and benefits the proposal offers to each.

The SEC should also compare the purported gains of individual investors to the likely gains of other interested groups, particularly lawyers. The SEC acknowledges that a major cost of its proposal is litigation risk. But it does suggest it’s a cost for companies that don’t comply. In fact, however, detailed prescriptive disclosure rules like those proposed attract lawsuits, including those that are frivolous or borderline. Such lawsuits can cost tens of millions of dollars each and produce little or no benefit to the particular business or society. The SEC should explain these trade-offs frankly and clearly.

Litigation risk is amplified by the inherent uncertainty of what the SEC requires companies to disclose. For example, if a company fails to anticipate or disclose the risk of an extreme climate-related natural disaster – such as a fire or flood – will the company face legal action so that the board of directors does not did not anticipate such a risk or make such a prediction? The SEC would do well to anticipate such scenarios by narrowing the scope of the proposal or at the very least explaining why such an outcome is desirable for investors.

Another looming question is whether the SEC even has the power to enact the proposed rules. The SEC was created by a law that limits its power. The power is primarily to protect investors, as well as to promote efficiency, competition, and capital formation. The proposal talks a lot about institutional investors’ demand for mandated disclosure, but struggles to explain why it’s about investor protection or other statutory powers. The main argument is that companies could face legal and reputational risks from having poor climate policies, making disclosing those risks a concern for investors.

But, as the proposal acknowledges, existing SEC rules already require this type of disclosure under various other headings. This begs the question: is a new massive and prescriptive disclosure regime related to climate issues needed? Maybe that’s good. But just because institutional investors say so doesn’t make it so, and the SEC owes it to individual investors to weigh their interests and explain how it protects them.

Individual retail investors might consider reminding the SEC of their presence and relevance. Anyone can submit a comment asking the SEC to explain what its proposal would mean for ordinary US investors and asking for a clear explanation in the next draft. Feel free to cut, paste and modify the following and submit it to the SEC website:

“But the law requires the proposal to weigh the costs and benefits to investors, and the SEC has long been the champion of the individual investor, the ordinary American. Yet the retail investor is only mentioned only once in the document of more than 500 pages.

“We ask the SEC, in its next version of this proposal, to include a detailed section addressing the costs and benefits for the everyday individual investor, reflecting the diversity of views on this complex and acknowledging subject. that not all Americans will agree with the views or conclusions of sophisticated SEC officials and large institutional investors and powerful asset managers.