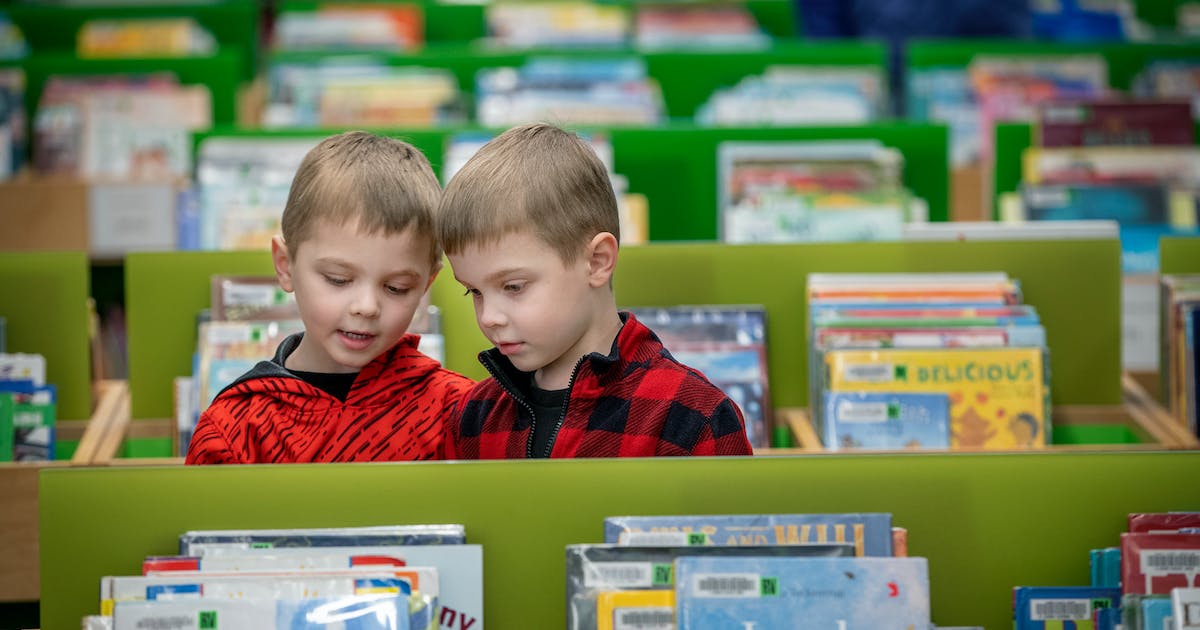 There is no doubt that reading to your children from an early age is of utmost importance. It is the time of the hot and close bond. It initiates the child to the cadences of our language. The child gets the idea that these little scribbles on the page make sense. But learning to read is not as easy as a letter writer suggests (â€œRead to Your Children,â€ Readers Write, November 3). Research has shown that only about a third of children learn to read simply by being exposed to reading; this is why the â€œwhole languageâ€ model of teaching did not work for most children. A parent can read to their child every day, and that child may still have difficulty learning to read unless that parent is able to provide direct instruction in phonics.

Learning to read is not ingrained in our brains. A teacher once said that we should not be surprised at the number of children who cannot read; we should be surprised at how many can. Each brain must understand the system on its own. Universal early childhood education is a response to this learning process, if it includes early literacy experiences such as hearing the sound of letters and recognizing rhyming words, and if teachers are trained to recognize the first ones. signs of difficulty. The same research has shown that if a child enters kindergarten unable to learn reading skills, the deficit can be remedied with just half an hour of direct one-on-one instruction each day.

This research has been around for decades and I don’t understand why school districts still don’t devote massive resources to these critical early years instead of waiting until it’s too late for the frustrated and discouraged student to catch up with their peers. .

Unfortunately, it’s time for another round of the “blame game” on Minnesota’s literacy problems. While we’ve been aware of the yawning reading skills divide for decades, nothing has solved it. The overwhelming majority do not master reading, according to the National Assessment of Educational Progress. Is there any hope? Yes! We need to activate children’s brains from the prenatal period. This does not mean pushing 2 year olds to read. A substantial body of neuroscientific research has shown that auditory processing is the key to language and literacy, and that song and music are the primary means of developing it. See Northwestern University’s Auditory Neuroscience Lab and Ann and Gordon Getty Foundation’s “Music for Every Child” report. Babies who are singed to process speech better and learn language earlier. Toddlers who are cradled and bounced at a steady pace develop beat timing – children who cannot keep a steady pace will likely have difficulty reading.

It is not too late for Kindergarten to Grade 5 students to develop auditory processing, memory and rhythm synchronization by using songs and singing games to practice letter sounds, visual words, vocabulary and fluency. The Rock ‘n’ Read Project features the Zap the Gap Campaign, a statewide initiative to communicate science and disseminate singing strategies. Join us!

The writer is the co-founder and education coordinator of the Rock ‘n’ Read project.

The November 1 Star Tribune front page article (“Mpls. Literacy gaps splits school board”) had a word in the second paragraph – “write” – that almost choked me on my morning coffee. As a former writing teacher and author on the subject, I was shocked, but pleasantly surprised, to see this word in print. In recent years, the media has dealt almost exclusively with problems in reading and math, while writing has been left out. Why? Because our dying public education system has devalued its importance and concealed the degree to which our children’s writing skills have declined; in other words, the media don’t have much to report on the subject.

In 2012, I began monitoring the US Department of Education’s findings regarding writing skills among US students. This was bad news – only 24% of eighth and twelfth students in the country were rated competent in 2011. While researching this letter, I checked the results of the 2017 assessment (the latest data available), but I only found obfuscation – no actual test results, just a long explanation of how students deal with the different types of digital devices that are now used to assess their writing skills. (Apparently, the paper and pencil writing is “old fashioned.”) See the gibberish for yourself by Googling “NAEP Writing-2017 Writing Technical Summary”. To see the raw truth of 2011 evaluations, search for “The Nation’s Report Card: Writing 2011: Executive Summary“.

Now I know just the mention of the word “write” in an article about parents and Minneapolis Public School Board members fed up with failure won’t necessarily result in meaningful action. , but it gives me hope that maybe some of the people who run the educational version of the Titanic will wake up to the fact that reading and writing need to be taught simultaneously. Writing is complicated and requires well-trained teachers; it’s not just about “journaling” after quiet reading time.

No one will dispute that the most important skill that we teachers can help our young people develop is thinking, and although you can think without writing, you cannot write without thinking.

In response to the commentary on David Lebedoff’s article, â€œSignificant Job Shortage Explains Worker Shortageâ€ (November 4), I have two suggestions on how more meaningful jobs can be created.

First, pay some of the service jobs more – a lot more. I am thinking in particular of day care providers, direct support workers, personal care workers and home health workers. The content of these professions already gives them meaning. But because they are so poorly paid and have little prospect of advancement, they are considered “dead end jobs”. We can change this perception by paying these workers a living wage, enough to lift their families out of poverty and integrate them into the middle class. Removing the stigma of the low wages of these noble professions will allow these caregivers to proudly recognize the work they do.

Second, it’s hard work, sometimes physically difficult, often emotionally draining. And it turns out these jobs will likely be among the last to be replaced by robots. So, in order to attract more skilled workers into these occupations, let’s shorten the work week without reducing the weekly wage. We can do this by adding to the wages workers receive from their employer with a government working income supplement (EIS).

Let’s look at an example of how this might work. Consider a non-profit organization that provides daytime social and vocational services to adults with disabilities. This company is enlightened and keenly aware of the value of its direct support workers. So they pay these workers a living wage – $ 20 an hour or $ 800 a week. Now we are going to shorten the standard work week from 40 to 32 hours and make up the difference in weekly wages with an EIS. On workers’ weekly paychecks, they will see $ 640 from their employer ($ 20 an hour) and $ 160 from the government ($ 5 an hour). Workers do not lose ground on their wages and earn an extra day each week to spend with their own families.

We want to hear from you. Send us your thoughts here.