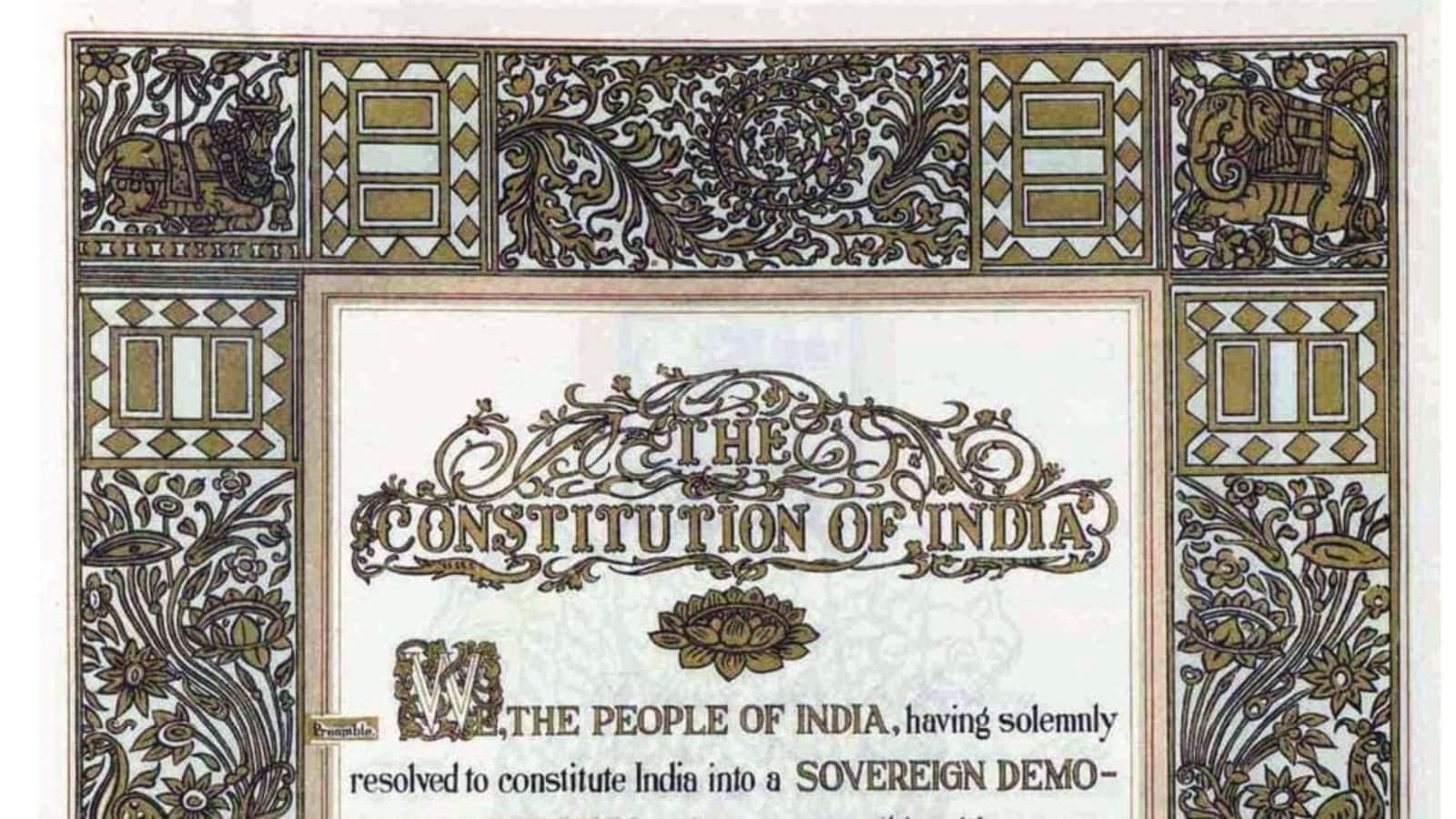 As the country celebrated the 73rd Republic Day, telecommunications inventor and author Sam Pitroda shared a tweet about Prem Bihari Narain Raizada, a Delhi calligrapher, who had written the entire Constitution of India by hand.

Born on December 16, 1901 into the family of a renowned calligrapher, Raizada learned the art from an early age. Throughout his childhood, he learned calligraphy from his grandfather, who was a scholar of Persian and English and a researcher in writing.

After graduating from Delhi’s St’. Stephen’s College, Raizada started practicing calligraphy and gradually became known for his beautiful handwriting, read the tweet shared by Pitroda who was known as the adviser to the late Prime Minister Rajiv Gandhi.

His name also reached the ears of the then Prime Minister of India, Jawaharlal Nehru, who later summoned him when the Constitution of India was ready to be printed.

Nehru wanted the entire Constitution to be written in italicized handwritten calligraphy and not in a printed format.

The tweet goes on to talk about the exchange that took place between Raizada and Nehru. When Nehru had asked Raizada what fee he would charge to handwrite the entire Constitution, the latter replied “not a single penny”. However, he had one wish. He wanted to write his name on every page of the constitution while on the last page he wanted his grandfather Ram Prasad Saxena’s name to be mentioned along with his name. Nehru agreed and the rest is history.

The tweet also mentions other notable details about India’s constitution and Raizada’s subsequent visit with then Indian President Rajendra Prasad to Santiniketan before embarking on his six-month journey to hand-draft the document, hailed as India’s supreme law. .

During their visit to Santiniketan on November 29, 1949, they met the famous painter Nandalal Basu to decide on the layout of the Constitution.

They decided which part of the sheet Raizada would write on, while Basu and his students would use the blank parts of the sheet to decorate with paints.

Spaces on the pages left behind by Raizada would make way for immaculate images showcasing the Mohenjo-daro seals, Indian mythologies – Ramayana, Mahabharata, the life of Gautam Buddha, and the Mughal Empire, among others.

To carry out his task, Raizada needed 432 pen holders, all brought from England and Czechoslovakia. He drafted the constitution in a room in the Constitution Hall of India. He died on February 17, 1986.

India’s Constitution, the longest in the world, establishes the framework that delineates the fundamental political code, structure, procedures, powers and duties of government institutions and spells out the basic rights, guiding principles and duties of citizens.

While the Constitution was adopted by the Constituent Assembly of India on November 26, 1949, it came into effect on January 26, 1950. This day is now celebrated across the country as Republic Day.