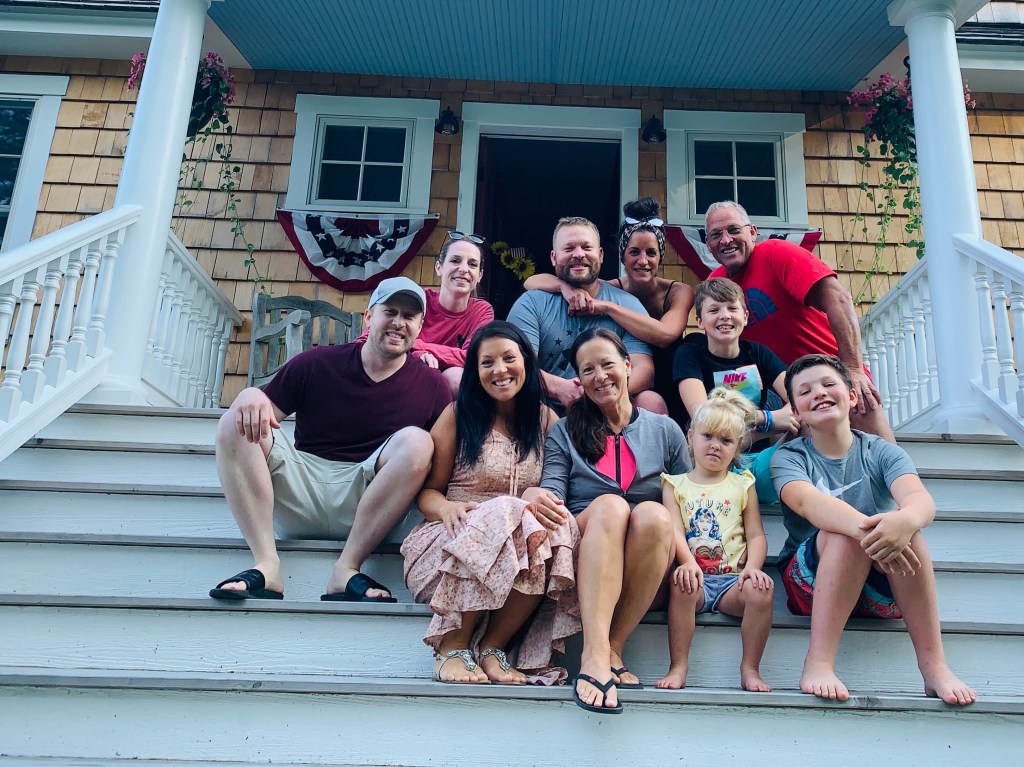 These are the words a friend wrote recently. I had received an email notification while scrolling through recent family photos. We wrote both ways, hoping to learn something from each other about how we view family, religion, politics, and the US exit from Afghanistan, which left alarmingly stranded American civilians and our allies.

I thank God that some of our family, who served as Marines in Afghanistan, have been home for a long time, raising their families and pursuing their dreams. I like to catch up when they share photos of their latest projects and their kids. They are young and have their whole life ahead of them and I thank God that we are all free to communicate. Communication is the lifeline that keeps us connected in so many important ways. It strengthens our health and well-being. The freedom to communicate is a fundamental human right.

As single parents, it was imperative that we have an honest line of communication between ourselves and our children. And since they were little we have made an effort to keep those lines open because we fully understood that you have to remove it could be the difference between fact and fiction, safety and danger, even life or the death. And not to get dramatic, but real life is a lot more interesting than anything Hollywood could produce. And anyone who has taken on the challenge of raising children understands that it absolutely is. When the kids are the center of attention, you, as the parent, are focused on the laser, and for good reason.

For me, as the essence of motherhood and grandmother, every time my family gets together I try to make it a point to get together for a family photo. Moms are naturally conservative this way. We want to protect and we want the time we spend with our children to be considered sacred, because it is. So, I like to take stock of the moments we receive, and seize the opportunity.

And for all its excitement or for a simple inconvenience, it’s an act of love, planned recording, a timestamp that helps us remember where we were, what we were doing, why we were there and, to risk. to ring a little sap, how lucky we are to be able to come together of our own free will as a family. As a group of people who love and accept each other despite our dislikes and likes, just because we wrote this family story together, for better or for worse, we have stayed together.

Family isn’t always easy, in fact, sometimes it’s controversial and messy, it’s incredibly unpredictable and deliciously surprising, and it’s not absurd toil and trouble most of the time if you even do it. half well, and with a lot of determination, and some more humor in your back pocket, we’re luckily lucky when there are moments of pride that do happen every now and then.

So, as parents, we understand that we have to let our children make their own way and make their own way. This is the deal made, but at the same time, it nurtures those who develop core values ​​that will get them where they need to go as they go off on their own.

The image distills a moment of meeting on an equal footing.

But it’s what’s behind the photo that captures the truth. The fundamentals that we try to instill, like honesty. And yes, sometimes the truth is uncomfortable, scary, or it hurts, and sometimes we fail to be honest, but we know that when we do, there is a return to that base of honesty that doesn’t make us feel good. never fail. It allows for humility and forgiveness.

I like to think, although sometimes it doesn’t feel that way, that love is the common thread running through all of the things we are guided by. And it takes love to accept that we are not all the same and that we will sometimes disagree, and we will have our own feelings and ways of doing things that cannot and should not be dismissed out of hand. We keep it simple.

This is why our children and grandchildren spend a lot of time together. He forges deep bonds that can withstand the inevitable storms. And I suspect that these sporadic relationships that they have had is one of the many reasons they value and need each other’s company. The time given to practice is why they still come to spend time with Steve and I, even though their lives are filled to the brim with careers and children, friendships, relationships, commitments and things. ‘external interests. That’s why I’m stopping for a few minutes to hand Steve the Steps Tool so he can set the timer, put the iPhone on its side, and jump into the countdown to “cheese!” For another family photo.

And there is no better place than on the steps leading to a house where you all meet. Steps, like the snapshot, lead to a place of love and understanding, a place where ideas and actions are considered and respected, a place where children can learn from important adults in their lives.

When I look at the photographs over the years I see the stories we’ve made, I see the misery and the wonderful wonders, I see all the personal sacrifices, some small, some big, that Steve and I have made such as they were growing up.

Hey, it’s not perfect. Any parent can attest to this. It wouldn’t be real if it was. There is no playbook. There are no public parades for parents when their child goes alone. There is none of that.

And there shouldn’t be.

I guess that’s the point.

And this really is the intrinsic reward in each of us for working hard, and as parents we want to instill in our child from day one until the day he ventures to the proverbial nest edge and realizes , wow, there’s a whole world beyond that! The prize is in this leap of faith, and with a little push, your child dares to take flight on their own. This is an image for the archives, to keep with everything else: first smile, first word, first step, first day of school, first bike ride without training wheels, first report card, first goal, first performance , first date, first job, and many more.

Now when the kids visit, the first few moments it takes as a mother to get my kids and grandchildren together for a photo are worth the slight resistance to pose for the camera or the subtle rolling of my eyes for such an interruption. because to be young is to be timeless, or the patience it takes from an elder who knows that time is never patient, to manage the handful of minutes of effort to organize chaos in one framed memento, well it’s worth it.

Thank God it can happen like this here, I am writing to my friend. It should happen everywhere, this right to raise a family in freedom and with love. Our family photos are indeed beautiful to look back on, almost as priceless as the moments of truth themselves.

Bonnie J. Toomey’s stories, essays and poems have been featured in Baystateparent Magazine, New Hampshire Parents Magazine, Baystateparent Echo, Penwood Review and Solace in a Book. She worked as an assistant at Plymouth State University in New Hampshire where she obtained a master’s degree in literacy. She writes about life in the 21st century and lives in New Hampshire with her husband. Learn more at www.the deep beauty book.com/writers-2/bonnie-j-toomey.

Here’s what you need to know

PSU, private entities not spending 2pc of their profits on CSR activities in Assam: Assembly panel

12 business lessons from the book of Genesis