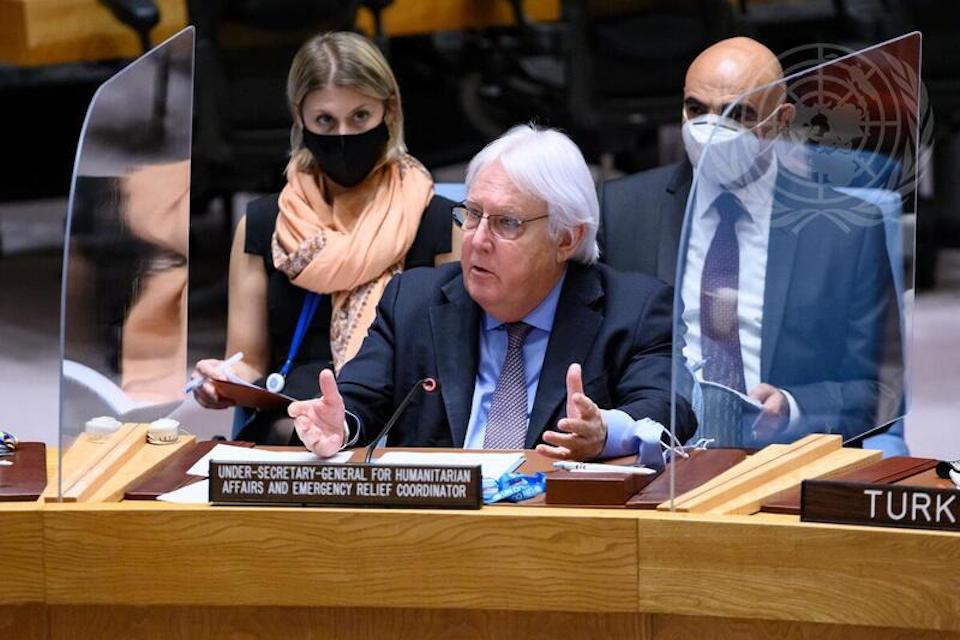 The humanitarian cost of 12 years of conflict in Syria

Thank you, Madam President, and thank you to Under-Secretary-General Griffiths and Mr. Egeland for their updates.

As we enter 2022, the 12th year of the conflict, the Syrian crisis continues to escalate. As we heard today, the humanitarian costs are clear: 13.4 million people are in desperate need of humanitarian assistance across Syria.

We will specifically address the very worrying situation in northeast Syria a bit later. In northwestern Syria, there are 3.4 million people whose humanitarian needs can currently only be met by the scale of assistance provided by the UN’s cross-border mandate.

Daily airstrikes and artillery shelling continue, with 35 airstrikes recorded in a week over the New Year period, with reports of an increase in attacks on civilian infrastructure. Civilians are being killed, maimed and forcibly recruited in flagrant violation of international humanitarian law. We are particularly concerned about the continued use of siege and starvation as tools of war, as well as serious violations of children’s rights.

In this context, I wanted to address the work of the High-Level Independent Advisory Panel on Humanitarian Deconfliction in Syria and reflect on the summary of their work that was published yesterday.

As the commission of inquiry stated in April 2020, it was “highly probable” that the Syrian regime and/or its allies were behind attacks against four civilian facilities, a school, a health center, a hospital and a crèche. The UK has continued to demand accountability for these crimes and has condemned similar attacks throughout the conflict, including the attack on Al-Atareb hospital last year.

It is clear from the summary of the group’s work that much remains to be done. It is, of course, essential that the UN implement the panel’s recommendations in Syria and beyond. Fact-finding, investigation and accountability for abuse and attacks are particularly important.

But any mechanism to support the protection of civilians and facilitate humanitarian assistance depends on armed actors taking their obligations seriously, including by participating in the deconfliction mechanism. Without this, a relationship of trust between armed and humanitarian actors is not possible.

By targeting schools, hospitals and emergency first responders, the Assad regime and Russia have shown a lack of respect for international humanitarian law throughout the conflict.

The protection of civilians is paramount. We reiterate the obligation incumbent on all parties to do their utmost to avoid civilian casualties, in particular by avoiding the use of indiscriminate weapons in urban areas. And the UK will continue to call for those who violate international humanitarian law to be held accountable for their crimes.

Original copy of the Thirteenth Amendment at auction in Chicago