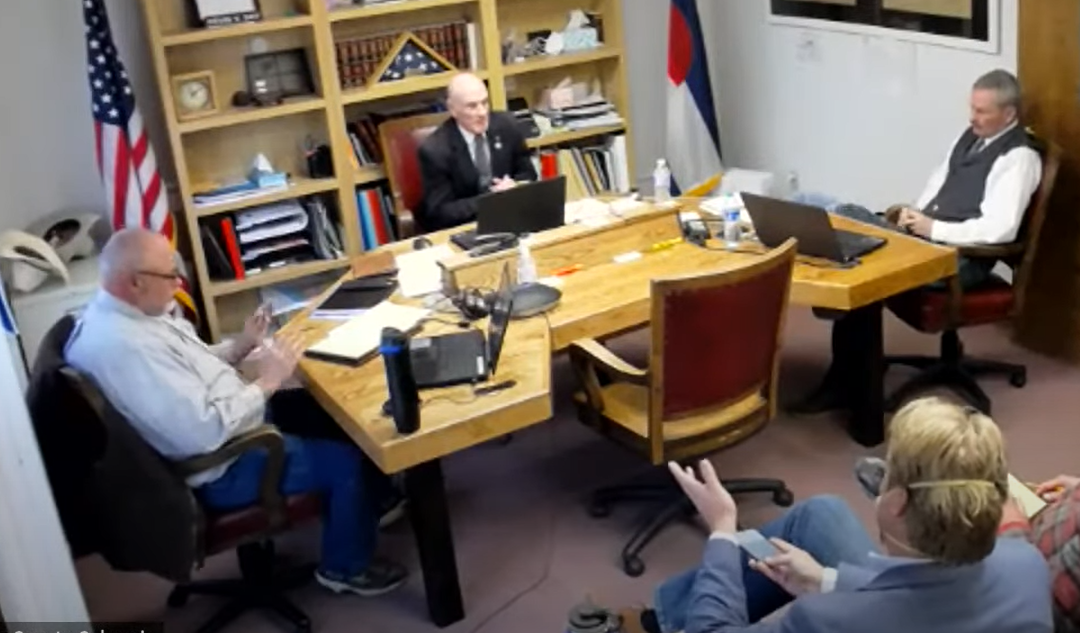 With the explosion of the Internet over the past three decades, accessing past information has become easy. Every month brings more records online from all parts of the world. Because it is now so easy to find past information and data with an online search, once-hidden events and acts quickly come to the surface.

While this access to information is considered a good thing in our society, it also presents a paradox. The more our society becomes transparent, the more it seems that things are falling apart. It’s never been easier to spot the lies, document the crimes with cell phones, and generally see all the injustice in the world. There are countless ways to get angry at injustices with the world exposed.

I’ve written about a version of the transparency problem for political leaders who are fully exposed on streaming sites, even in Custer County. When politicians lack the ability to compromise with other politicians, part of the necessary denial process breaks down, as any deal is seen as weakness by rabid supporters. I first read about the concept of the transparency problem in Umberto Eco’s essays in On the Shoulders of Giants: The Milan Conferences. Real World Risk expert Nassim Nicholas Taleb also shed some light on the matter, “The more free and transparent a society is, the more complaints you will hear about freedom and transparency.”

Much of the ugliness of the world in the past could be hidden behind the gatekeepers of information before the internet was created. Take, for example, the extermination and starvation of Ukraine by the USSR in what Ukrainians call the Holodomor, which loosely translates to “Terror-Famine.”

in 1932 and 1933. An estimated four to seven million Ukrainians would die as Joseph Stalin stole grain from the region to sell in international markets. He used this money to industrialize the USSR during the Great Depression. The forced starvation might have gone completely unnoticed had it not been for a Welsh journalist, Gareth Jones, who asked a simple question: “How can the USSR afford all this new industrial equipment during a Great Depression? world? He flew to Moscow and soon realized that all journalists were more or less forced to stay in certain parts of the city.

Jones met Walter Duranty in Moscow, the head of Western journalists in the USSR, and soon realized that Duranty was nothing more than a propagandist for the Communists. He broke his visa requirement and secretly headed for Ukraine, the breadbasket of the USSR. There he discovered the forced removal of grain from Ukraine and the death of entire villages that tried to resist.

Jones was captured, his camera broken and he was deported to the UK. He tried to tell his story, but was largely ignored until Hearst Press printed it and the truth finally came out. However, he paid for his work as a journalist and was assassinated while on assignment in China a few years later in 1935, probably by Soviet agents. Even after her story appeared, she never made a big splash in the West, with most newspapers refusing to print the information.

The famous Watergate scandal is an example of one of the few times the spectacle of American abuse of power escaped, thanks to the hard work of two journalists. But the question remains, how to deal with “silent evidence”? How much of the world’s injustice in the past has never been documented, recorded and safeguarded? The answer is that the records we have are just a drop in the ocean of events that happened around the world.

The Internet is changing a lot of things. In fact, we are faced with too much information, having to sort through fake videos, images and other spam designed to get clicks. But what is remarkable is the speed with which the means of verifying information have come to counter the deluge of information now available.

For example, I followed the travels of a high school friend from Custer County, Colorado Karl Voll, as he helps rebuild schools and homes in Ukraine. He used his phone and Facebook account to document and share his work and the damage caused by the Russian invasion. Compare the ease of information my former classmate can share with me back home in Custer County with that of Gareth Jones. It wasn’t until the fall of the USSR in the 1990s that the world began to understand what happened during the Holodomor.

But the ease of information has the price that the ugliness of the war in Ukraine now appears on my Facebook newsfeed. The old saying goes that ignorance is bliss, and the internet is constantly breaking that bliss. This is the paradox of transparency: it becomes more and more difficult to hide in blissful ignorance, and one can have the impression that the world has become unbalanced.

However, facing the harsh truth of reality also means that we as a society can make the world fairer. We have never lived in a time when the powerful can be so easily held accountable, where lies cannot be swept under the rug without notice, and where ideas for a more prosperous present can circulate widely. Pain is nature’s way of keeping us away from harmful actions.

Facing the ugliness of the world can be painful. But this pain we feel also means that we interact more honestly with the world.

Coaches, specialist in the sport to let go