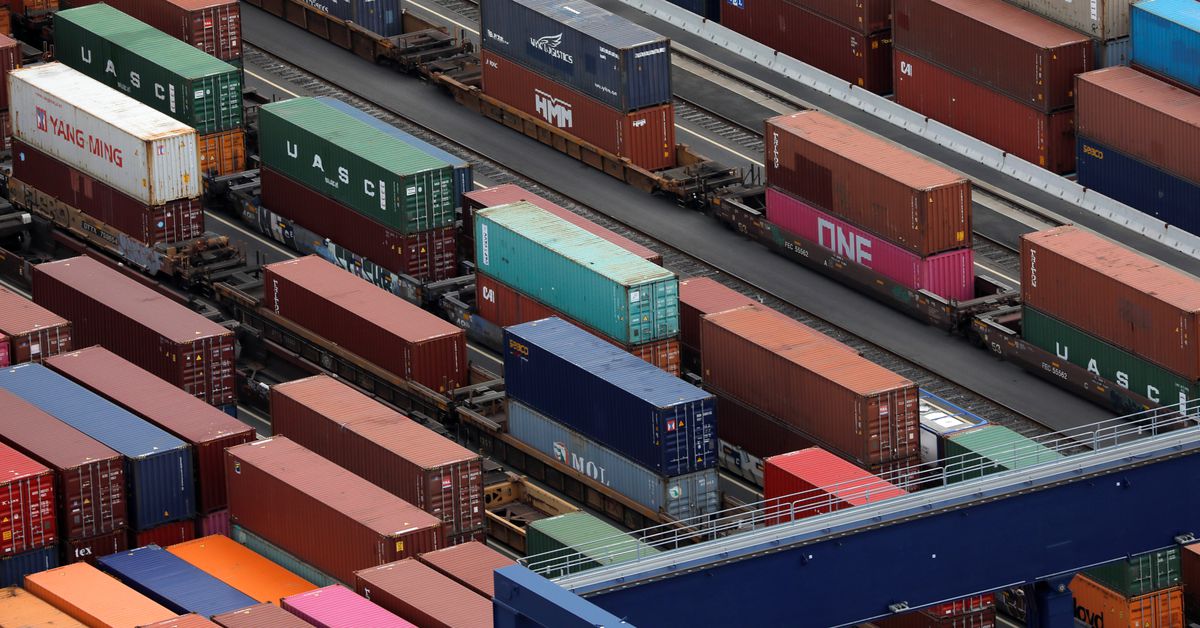 WASHINGTON, Oct. 5 (Reuters) – Activity in the U.S. service industry increased in September, but growth is hampered by a persistent shortage of inputs and the resulting high prices as the pandemic continues.

The Institute for Supply Management (ISM) survey on Tuesday reported that “current challenges in labor resources, logistics and materials are affecting the continuity of supply.” Hopes of easing supply chain bottlenecks have been dashed by a resurgence of COVID-19 infections over the summer, driven by the Delta variant. Ports in China and the United States are also experiencing traffic jams.

“We don’t expect the supply side constraints to begin to ease significantly until mid-2022,” said Oren Klachkin, chief US economist at Oxford Economics in New York. “Strong demand and less distrust of Covid will keep services growing, but expansion will be constrained by the supply’s limited ability to meet demand.”

The ISM’s non-manufacturing activity index edged up to 61.9 last month from 61.7 in August. A reading above 50 indicates growth in the service sector, which accounts for more than two-thirds of US economic activity. Economists polled by Reuters expected the index to drop to 60.

Accommodation and food service companies reported an increase in transport bottlenecks, which “resulted in longer delays and missed appointments.” Transportation and warehousing companies said “the demand far exceeds the supply of goods and services.”

In the public administration sector, companies complained about rising costs of supplies and services, which they said “could have a significant impact on our operations through the end of the year, especially if the seasonal trends turn out to be exceptionally strong ”.

Spending is shifting from goods to services like travel and other high-contact activities as the economy normalizes after being severely disrupted by the pandemic, thanks to vaccinations against the coronavirus.

This mirrored the results of the ISM manufacturing survey released last Friday and suggested that high inflation could persist until 2022. Last month, the Federal Reserve raised its projection for its key measure of l inflation at 3.7% this year. This was up from the 3.0% forecast in June.

The personal consumption expenditure price index, excluding the volatile components of food and energy, rose 3.6% year-on-year in August – well above the flexible inflation target of 2% from the US central bank. Read more

Wall Street stocks were trading higher. The dollar appreciated against a basket of currencies. US Treasury prices have fallen.

But even as the service sector grows, evidence is mounting that economic growth slowed significantly in the third quarter. A separate Commerce Department report released on Tuesday showed the trade deficit jumped 4.2% to a record $ 73.3 billion in August. Economists had forecast the trade gap to widen to $ 70.5 billion.

Following trade data, the Atlanta Fed reduced its estimate of third-quarter gross domestic product to an annualized rate of 1.3%, from 2.3%.

The economy grew at a pace of 6.7% in the second quarter. Trade subtracted GDP growth for four consecutive quarters.

Imports jumped 1.4% to a record high of $ 287.0 billion, led by consumer goods such as pharmaceutical preparations, toys, games and sporting goods. Imports of industrial supplies and materials also increased.

But a global semiconductor shortage hampering production at auto factories has caused imports of motor vehicles, parts and engines to drop by $ 1.5 billion.

The surge in imports, mainly the result of companies restocking depleted stocks, suggests that an apparent slowdown in consumer spending in the last quarter was likely temporary.

“There is a huge backlog of overseas manufactured consumer goods waiting to enter the US supply chain, on ships waiting to be unloaded in US ports, in foreign ports waiting to be unloaded. ‘get on those ships and at foreign factories waiting to arrive in port,’ said Bill Adams, senior economist at PNC Financial in Pittsburgh, Pennsylvania. “This will keep merchandise imports at a high level until at least November.”

Exports rose 0.5% to $ 213.7 billion in August, the highest level since May 2019, thanks to industrial supplies and materials such as non-monetary gold and natural gas. But exports of motor vehicles fell, as did capital goods such as civil aircraft and industrial machinery.

Persistent shortages led to a build-up of unfinished work in service industries in September. Businesses continued to hire more workers, although the pace slowed slightly from August, likely reflecting difficulties in finding workers.

The companies complained of “the flight of employees to better paying jobs and the lack of a pipeline to replace.” The ISM survey also revealed that “labor shortages (were) experienced at all levels”.

The service sector employment survey measure fell to 53.0 last month from 53.7 in August.

There is a severe labor shortage as the pandemic has forced some people to quit their jobs to become caregivers. Others are reluctant to return for fear of contracting the virus, while some have retired or are looking to change careers. There was a record 10.9 million vacancies at the end of July.