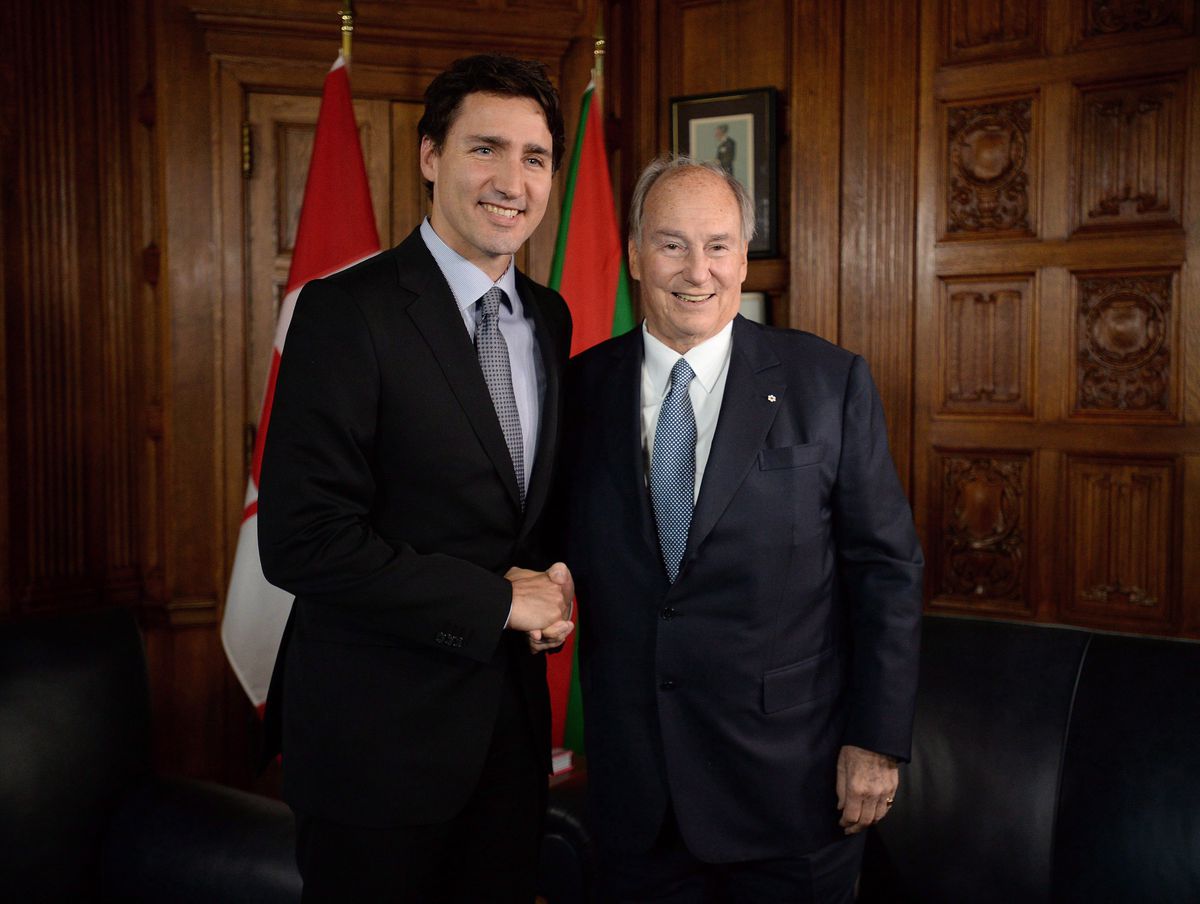 Prime Minister Justin Trudeau says he didn’t allow himself to take his family on an exclusive vacation to the Aga Khan’s private island in the Bahamas in 2016.

Documents obtained by the Conservative Party under access to information details an RCMP investigation into the Christmas holiday at the luxurious island retreat of the Ismaili Muslim leader. The RCMP said there may be reasonable grounds to lay fraud charges against Trudeau because he agreed to a free vacation with someone who had millions of dollars in connections to Ottawa.

But the RCMP decided not to charge Trudeau because it was unclear whether the prime minister had the authority to approve the all-expenses-paid gift for himself.

Interim Conservative Leader Candice Bergen said during Question Period in the Commons on Tuesday that the RCMP “knew there was a loophole he could have used.”

“As silly as it sounds, the Prime Minister could have written himself a note, giving himself permission to take a vacation.”

She asked Mr Trudeau if he allowed himself to “break the law” by accepting the $215,000 free vacation, which included the use of the Aga Khan’s helicopter and private planes.

“The RCMP looked into this matter and there was no political interference,” he added. “They came to their own conclusions that there was nothing to pursue.”

The Leader of the Opposition had not suggested that Mr. Trudeau interfered in the RCMP’s 2019 decision not to charge him with fraud.

Asked by the Globe and Mail to comment on the RCMP document as he made his way to the House of Commons for Question Period, Mr Trudeau also said he would never have tried to influence a police investigation .

“Neither opposition parties nor a government can order the police to do or not do what they want. We have a strong, independent process in Canada and we trust it,” he said.

The remarks were his first public comments on revelations that the RCMP had considered charging him with fraud.

The documents show that the RCMP decided it would not be in the public interest to bring charges due to a lack of clarity in the federal rules that apply to accepting gifts. Since Mr. Trudeau is the head of government, the RCMP said that “it is impossible to determine with certainty whether or not Mr. Trudeau can simply give his consent to himself”.

The Aga Khan Foundation has received millions of dollars from Ottawa for its work in developing countries. At the time of the trip, he had also registered to lobby several ministries, including the Prime Minister’s Office, for funding for his development projects.

In 2017, then-ethics commissioner Mary Dawson found Mr Trudeau violated four sections of the Conflict of Interest Act by accepting the vacation, due to the pursuit of official business between the government and the Aga Khan.

The RCMP said in the documents that “it is not clear whether Mr. Trudeau can be prosecuted under section 121(1)(c) of the Criminal Code, since the section contains a provision that allows public servants to accept benefits from persons connected with the government, provided that the official has the written consent of the head of his branch of government.

The RCMP said Trudeau’s actions as prime minister “were arguably more detrimental to the appearance of integrity of the Government of Canada” than any similar action taken by a lower-ranking government official.

But the RCMP concluded that, aside from the dim prospect of conviction, indicting a sitting prime minister would cause damage that “far outweighs” the negative effects of indicting a private citizen.

The RCMP told the Globe that its findings had been independently validated by two separate third parties, including the Civilian Review and Complaints Commission for the Royal Canadian Mounted Police.

For Subscribers: Get exclusive political news and analysis by subscribing to the Political Briefing.