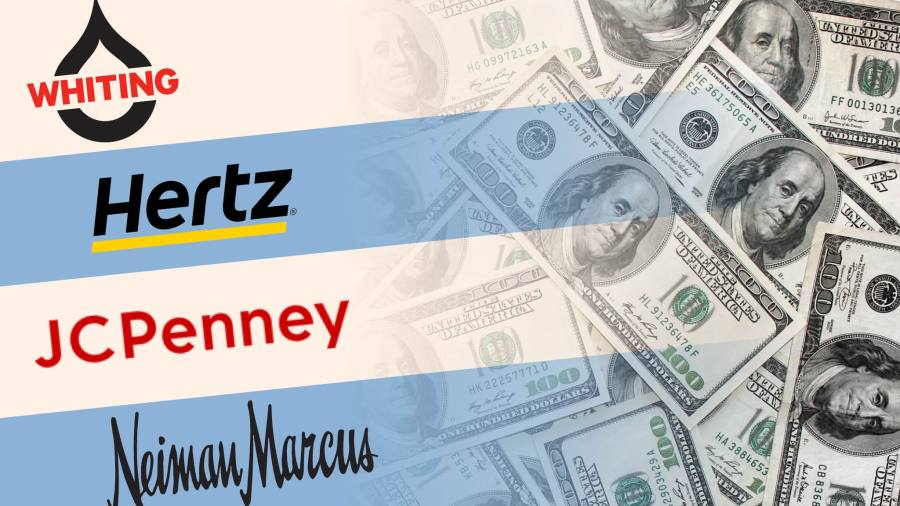 US companies give big executive bonuses before declaring bankruptcy

Companies across the United States are giving top executives multimillion-dollar “retention” bonuses shortly before declaring bankruptcy, angering creditors who claim the payouts are rewards for failure.

The practice has become common among struggling businesses pushed to the limit by the coronavirus pandemic. The list includes high profile meltdowns such as JC Penney, Hertz and Neiman Marcus; companies squeezed by the energy downturn such as Whiting Petroleum; and smaller groups whose revenues have been hit by the health crisis, such as century-old lawnmower engine maker Briggs & Stratton.

In most cases, payments are tied to senior executives remaining in their roles while the company goes through a reorganization. Proponents of the practice say it limits disruption for bands already facing a tumultuous future and argue that retaining top talent is key to a successful turnaround.

But creditors fought back, especially at companies that rewarded executives who presided over their business meltdowns. Often, retention payments are granted weeks – or even days – before groups lay off workers and refuse to pay interest to lenders.

“If management has caused the company to fail, someone else should be able to do at least as well as them,” said Tom Krasner, founder of Concise Capital, a Miami-based fund manager. “I don’t think these retention payments are justified in any way.”

Brad Holly, chief executive of Whiting who joined the company in November 2017, received $6.4 million at the end of March as part of a new compensation plan approved by the board of directors, which he also chairs , less than a week before the company filed for bankruptcy. Whiting, who is due out of Chapter 11 next month, said last week that Mr. Holly would step down as chief executive when that happens and receive an additional $2.53 million in severance pay.

In total, Whiting paid more than $14 million to executives just days before filing for bankruptcy. In an April 1 regulatory filing, the company said its compensation plan was designed “to align the interests of the company and its employees.” Whiting did not respond to a request for comment.

In court filings late last month, BNN Western, an energy company to which Whiting owed money, opposed the company’s plan to reorganize. “Ultimately, these payments could be avoided and recovered for the benefit of creditors to maximize recovery,” BNN said.

Bankruptcy retention bonuses have become more common in recent years, following a 2005 law that limited the payment of bonuses when a company is actually in bankruptcy proceedings. Critics of pre-filing rewards say they flout the spirit of the law, which was intended to limit payouts to executives when a company is in trouble.

“It’s regulatory evasion. I don’t like regulatory evasion,” said Jared Ellias, a law professor at University of California Hastings College of the Law. “It goes to a system of governance that is really broken.”

Briggs & Stratton’s board of directors approved more than $5 million in retention payments on June 11, including more than $1 million to chief executive Todd Teske, who has led the company for a decade. Four days later, the company failed to make a $6.7 million interest payment on a bond due later that year, and on July 20, it filed for bankruptcy. On July 19, the company’s board of directors voted to end health and life insurance benefits for company retirees.

The company’s 2020 bond now trades at pennies on the dollar, reflecting dim hopes of a recovery. Brown Rudnick attorney Robert Stark, who is representing unsecured creditors in the Briggs & Stratton bankruptcy case, said the retention payments were huge.

“That’s where we are,” he said. “Management is in control. They pay themselves big bonuses, stick to the basics, and don’t pay their bondholders.

Analysts say other cases such as Whiting and Briggs & Stratton could be in sight as companies struggle to weather the economic effects of the pandemic.

S&P Global noted that 424 companies with outstanding rated debt had filed for bankruptcy in the year to August 9 – the fastest filing rate in a decade.

CBL & Associates, one of America’s largest mall operators, said Wednesday it expected to file for bankruptcy. The day before, he approved more than $2 million in bonuses for senior executives, including a $953,000 retention payment for CEO Stephen Lebovitz.

“There is so much pain in the economy; there are so many people out of work,” Mr. Ellias said. “It’s sad that those who control large sums of money don’t exercise restraint to do things that make themselves look like fools.”

Are we facing a storm of bankruptcies?